Expansion part of plan to add 3,500 more to national workforce 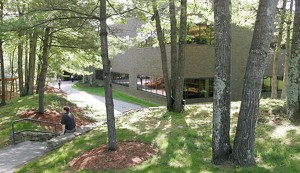 Editors’ note: This article has been corrected to reflect that Fidelity’s plan for new jobs at its Merrimack campus includes 425 new customer-facing positions and to related to technology.

Fidelity Investments says it plans to hire another 475 people for new jobs to be created at is campus in Merrimack.

The jobs will include digital technologists as well as customer service, financial advisors and licensed professionals.

The company made the announcement as part of a larger plan that was unveiled earlier this week to expand its national workforce by some 3,500, mostly customer-facing employees, over the next six months, including 1,000 licensed financial planners who will mostly work remotely.

The company said it is aiming to expand its network of licensed financial planners to more than 20 new U.S. markets. It said the expansion, which will widen the reach of its investor centers “to ensure continued success in meeting growing customer demand,” with the new hires in Merrimack taking place over the next six months.

Some 50 of the new jobs in Merrimack will be in the digital arena, including software engineers, data scientists and mobile/IOS engineers and architects.

The company said it has seen a 60% year-over-year increase in digital interactions on its retail mobile and web platforms, and the new hires “will work in an agile environment to design, build and drive digital solutions for individual investors.”

The Boston-based financial services giant has been on a hiring spree during the pandemic, adding 10,500 new employees in 2020, as demand for its services increased the company said. At the end of 2020, it had more than 47,000 employees around the world. It reported a record $7.2 billion in operating income last year.