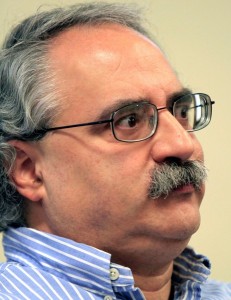 Farah, former owner of Financial Resources Mortgage Inc. in Meredith, has been serving a 15-year sentence for his role in the largest Ponzi scheme in state history. He will remain in Loretto Federal Prison in Pennsylvania, several victims were assured late Thursday afternoon and Friday morning.

Prison authorities were scheduling to release Farah on Monday to serve the last three years of his sentence in his father’s home in Moultonborough. His release to home confinement was part of U.S. Attorney General William Barr’s directive to partially depopulate nonviolent federal inmates to prevent the spread and harm caused by coronavirus. But the directive also instructed wardens to take account the nature of the crime.

Several victims – including Alan & Susan McIlvene of Kittery, Maine – protested to prison authorities that although Farah did not commit a violent crime, he bilked several hundred people out of $20 million. Many who thought they had invested in secured property, ended losing their life savings. The state Banking Department forced FRM into bankruptcy in 2009, but most of the money captured by the bank’s estate went into the pockets of attorneys and other professionals

The McIlvenes also contended unlike, Donald Dodge – Farah’s partner, who served out his six-year sentence and was released from prison three years ago – Farah did not express any remorse. Harry Bean, a state representative form Gilford who was cheated out of nearly $2 million, called Farah the kingpin.

When victims did not get anywhere with prison authorities, they contacted the U.S. Attorney’s office in Concord, which apparently had not known of Farah’s notoriety. In addition, they contacted NH Business Review, which published an article on Farah’s pending release on Wednesday. After a series of meetings, U.S. Attorney’s office told victims the release of Farah had been revoked, McIlvene said.

“They really jumped into this thing, said Alan McIlvene, an 81-year-old investor in FRM who lost some $850,000 in the scheme. “They went above and beyond the call of duty.”

Bean also called the Northeast regional director of federal Bureau of Prisons, which confirmed the news.

Bean credited the U.S. Attorney’s office and the media.

Neither the Bureau of Prisons nor the U.S. Attorney’s office returned NH Business Review’s calls by deadline.

“We are so happy,” said Susan McIlvene of the reversal. “This is the best thing that’s happened in 10 years.”

Farah, who pleaded guilty to securities fraud and was sentenced in January 2011, is scheduled to be released in October 2023.