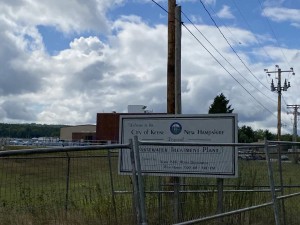 The federal investigation into a Keene-based electric company whose employee died in a workplace incident last Wednesday at the city’s wastewater treatment plant could take up to six months to complete, a spokesperson for the federal Labor Department said Monday.

The Occupational Safety and Health Administration inspection of Hamblet Electric will determine whether any violations of workplace safety standards existed, and whether any potential infractions contributed to the worker’s death, U.S. Department of Labor public affairs specialist James Lally said in an email. OSHA investigates all workplace fatalities, which employers must report to the agency within eight hours.

Local, federal and company officials have not released the man’s identity.

Hamblet Electric has not returned multiple messages seeking comment since last week. The company has never been cited with an OSHA violation, according to the agency’s online database, which goes back to 1972.

The worker who died had been helping install a backup generator at the plant on Airport Road in Swanzey Wednesday morning when the incident occurred, Keene Mayor George Hansel said at a press conference last week. According to City Manager Elizabeth Dragon, Hamblet was a subcontractor of Milford, Mass.-based Southworth Milton Inc., on the generator project.

The man was working in an electrical room with breakers and electrical boxes when the incident occurred, according to Duncan Watson, assistant public works director. Keene Fire Chief Donald Farquhar said the worker was electrocuted.

Employees at the plant began CPR on the man and used a portable defibrillator immediately after the incident happened, before the arrival of first responders from Swanzey and Keene and DiLuzio Ambulance, according to a news release from the city last week.

Dragon had said that the plant, which runs 24/7, remained in operation throughout the day Wednesday, but the city temporarily shut down three projects to allow workers who were there to go home.

Watson said workers and contractors at the plant receive extensive safety training, and that every safeguard he knows of was in place and working properly at the time of the incident.

Available details on the federal inspection are sparse, and Lally said OSHA does not discuss specifics of ongoing investigations.

According to the OSHA website, the agency gives top priority to workplace hazards that could cause death or serious physical harm. As part of standard procedure, OSHA compliance officers will ask employers to correct any hazards identified immediately or remove endangered employees.

Compliance officers typically tour workplaces where incidents have occurred and examine any potential safety violations. If an inspector finds any violations of OSHA standards or serious hazards, the agency may issue citations and fines, the website states. These citations list any standards violated and give a deadline for correcting any alleged hazards.

Categories for violations include willful, serious, other-than-serious, de minimis (too trivial to warrant consideration), failure to abate and repeated. The penalty fine for willful or repeated violations is $145,502 per violation, and the fines for the other types are $14,502, per the website.

Lally explained that since the wastewater treatment plant is owned and operated by Keene, a municipality, it is out of OSHA’s jurisdiction.

Rudy Ogden, deputy commissioner at the N.H. Department of Labor, said Monday that because OSHA regulates private employers, the inspection falls under the federal agency’s jurisdiction, as Hamblet Electric was managing the project, even though the wastewater treatment plant is city-owned. Therefore, the city of Keene is not being investigated, Ogden said.

The Swanzey Police Department is conducting its own investigation into the incident, Dragon said last week. Chief Joseph Gonsalves said Tuesday that due to the ongoing investigation, the department is unable to release further information on the victim or the incident.