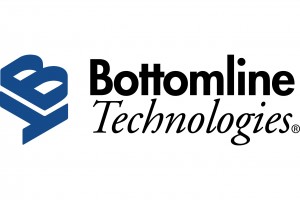 The former spokesperson for Bottomline Technologies is suing the Portsmouth-based financial services technology firm for eventually replacing her with a man paid twice as much after she returned from maternity leave.

Gemma Waite, who currently lives in Exeter, was director of marketing and communications at Bottomline from September 2017 to June 2020. She went on a three-month leave starting June 2019, and shortly before she returned in September was told by her supervisor that the company was hiring a new vice president of corporate communications, and Waite would report to that person, according to the lawsuit.

The suit was filed in February and moved last week to U.S. District Court in Concord.

She also was allegedly told – after receiving previously glowing evaluations – that her performance had been “inconsistent” and that the event management part of her job would go to someone else as well.

Shortly after returning, Waite said she had complained about the company’s breast pumping room, saying it was filthy and lit with glaring fluorescent lights she couldn’t turn off. The next month, she assisted another employee in raising a pregnancy discrimination complaint with the company’s human resources department, the lawsuit says.

Between October and November, the company posted the corporate marketing position at a salary of $200,000 to $260,000 – about twice Waite’s salary of $118,450 – even though the duties were “nearly identical to her duties,” says the complaint.

During the pandemic, Waite – who was juggling child care responsibilities with her husband – said she was removed from meetings and email threads without explanation, while her successor, John Stevens, took over many of her duties. When she suggested to him that she use her personal days to take off one day a week, her successor allegedly responded by asking her if she wanted to still work there.

After she said yes, Stevens gave her a list of assignments that she completed on deadline, says the complaint. A month later, on June 25, she learned that the company was restructuring and her position was eliminated, but the complaint says she was the only person on the marketing team who was laid off.

“Bottomline began subjecting Ms. Waite to less favorable treatment soon after it became aware that Ms. Waite was pregnant and after she assumed caregiving responsibilities,” charges the lawsuit. “Ms. Waite believes that Bottomline acted based on stereotypes of mothers not being as committed to their jobs after they have children.”

The suit charges the company with two counts of gender discrimination, two counts of retaliation as well as violating federal and state equal pay laws and the federal Family and Medical Leave Act. It seeks unspecified damages.

“The company does not comment on pending litigation,” Stevens, the company spokesperson told NH Business Review. Waite referred all questions to her attorney, Lauren Irwin, who would only say that the suit “speaks for itself.”