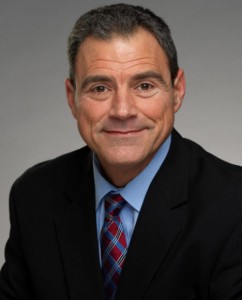 John Elias, who stepped down at the end of 2019 as New Hampshire’s insurance commissioner, has moved back to the private sector, taking a job as senior vice president and chief underwriting officer of Acadia Insurance.

Elias will be based at the company’s Westbrook, Maine, headquarters.

Elias joined the Insurance Department in 2016 and became commissioner in June 2018. Before joining the state agency, worked in employment insurance before moving to vice president of underwriting at an auto insurance company in Columbus, Ohio, and at one point running his own insurance consulting firm.

Chris Nicolopoulos was confirmed to succeed him at the Insurance him last month.

Elias told the Insurance Journal that his varied roles give him a good insight into how the industry works.

“Understanding how regulators look at insurance companies and how they operate, ultimately, I think adds to the value of a leadership role and understanding the entire industry as you’re managing it,” Elias told the publication. “So coming from the commissioner’s role and understanding regulation a little bit better makes me a better leader for Acadia.”