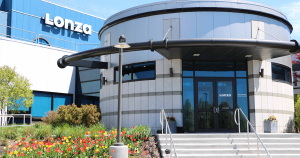 A Black female employee is seeking $828,000 from Lonza Biologics after the state Human Rights Commission ruled that an “overall culture and standard of behavior” at the company led her to becoming the victim of racial and sexual discrimination.

The claim appeared in a case that was moved last week to federal court by the Portsmouth-based biotech company’s attorneys.

According to a complaint filed with the HRC in February 2019, Tia Lyles-Williams, who was hired as a manufacturing supervisor in July 2017 – instead of a better-paying manufacturing manager position that she originally interviewed for, she claimed – she was the victim of belittlement by several co-workers and supervisors. Employees interrupted and talked over her, forgot to invite her to meetings and called the then 35-year-old professional “young Miss Tia,” she said.

At a meeting called to discuss trying to bring more diversity to the company, one human resources representative allegedly said, “Good luck getting African-Americans to move out here to New Hampshire. They won’t have any interest in living here.”

In her one performance review, in February 2018, she said she was asked to change her wardrobe, even though she said it did follow company policy.

In July 2018, she alleged, she received a disciplinary warning pertaining to use of company credit cards, even though a trip was approved and the employee who approves purchases said they were in compliance. Later that month, she allegedly was told time off would be deducted from her pay for personal appointments, whereas other salaried employees were able to use flex time. In early August 2019, she filed a discrimination complaint with the company’s human resources director. When the company failed to back her claim, she resigned on Sept. 13, and about nine months later filed her HRC claim.

Following an HRC ruling that said the “overall culture and standard of behavior” at Lonza caused Lyles-Williams to experience discrimination, her Portsmouth attorney, John Sherman, sent a “compromise demand” summing up the testimony of witnesses, which mentioned other slights.

One performance review allegedly said the company “was not ready for someone like you to be in a leadership position” and a supervisor allegedly told her she didn’t “dress right” or “talk right.” The demand letter also said there was only one female in senior leadership and no Blacks. The demand includes back pay, compensatory and punitive damages, and attorney fees.

Lonza Biologics is owned by Lonza Group, a Swiss company that posted under $6 billion in revenue last year. It employs 16,000, including 1,300 at the Portsmouth facility. Queries to the press office, Lyles-Williams’ local supervisor and the company’s attorney, Edward Sackman of Bernstein Shur in Manchester, were not returned by deadline.