Crisis predicted as state is urged to revive weekly payments 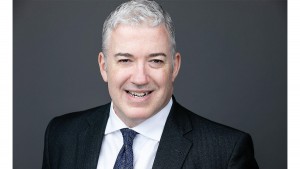 Gov. Chris Sununu will not extend the program because there has not been enough federal support for the state’s budget, according to a statement from his office. The state spent nearly $60 million on the program and, as of late June, provided stipends to 23,000 frontline workers including nurses, housekeeping staff and kitchen staff.

In early April, New Hampshire established the Long Term Stabilization program, which granted $300 weekly stipends to full-time front-line healthcare workers and $150 to part-time workers. The program was established to incentivize frontline workers to continue working even as Covid-19 spread through the homes.

The state had already been struggling with staffing shortages in long-term care facilities before the pandemic.

Brendan Williams, the president of the New Hampshire Health Care Association said facilities can typically afford to pay LNAs about $12 an hour, whereas Target recently increased its minimum wage to $15 an hour, making it difficult to stay competitive as employers.

When the CARES Act gave Americans without jobs an additional $600 a week, nursing homes found themselves also competing with unemployment benefits, as some healthcare workers could make more by not working at all.

Williams worries if LNAs quit because there are no more stipends, there will be no one to replace them.

Williams said the pandemic has intensified shortages, as many frontline workers resigned due to fears of contracting Covid-19 or spreading the virus to their families. Long-term care facilities have accounted for about 82% of the Covid-19 infections in New Hampshire.

Edgewood Centre, a long-term care facility in Portsmouth, is one home with several vacancies.

When the pandemic started, a group of staff decided to leave the facility. When a resident tested positive for Covid-19, another wave of staff quit. All in all, about 40 of the 166 staff members at Edgewood left. Entire departments of the nursing home disappeared overnight.

Patricia Cummings, an administrator at the home, said the only strategy she had for maintaining and recruiting new employees was the stipend.

She said on the surface it might look like the $300 was an added bonus to her staff’s salary. In reality, many were losing money from the pandemic even with the stipend.

Once the pandemic started, those working multiple jobs were forced to quit their other jobs to minimize the spread of Covid-19 in the facility. In addition to losing several sources of income, many frontline workers were suddenly faced with child care bills due to closed schools.

Furthermore, if a staff member had a sore throat, they had to stay at home, unpaid, for at least 10 days. Cummings told her staff to put the $300 in the bank in case they had one of the multitudes of symptoms associated with Covid-19.

Since the stipend program ended, several employees approached her desk asking if the stipends were really ending. A couple have asked her for a pay raise and some have decided to leave.

Even though Edgewood home could apply for Paycheck Protection Program loans, she said there is no way they will be able to continue the stipends on their own.

Cummings said she sent a letter to the governor, asking him for the words to tell her staff the stipends are ending.

“A couple of months ago, I could tell them, ‘People in the state value you,’” she said. “Now I’m kind of at a loss at what to say.”

Hillsborough County Nursing Home, one of the largest facilities in the state, has also struggled with staffing during the pandemic.

David Ross, an administrator at the Hillsborough County Nursing Home, said many employees picked up extra shifts, worked overtime, or took on responsibilities outside their job description when the pandemic started.

“You have social workers washing pots and pans in the kitchen,” he said. “Therapists are folding laundry and cleaning floors.”

Anthony Santiesteban, who was responsible for organizing staff schedules, struggled every day to fill the empty shifts on the day’s chart.

Santiesteban started his shift by running around the building, asking staff if they’d be willing to work extra hours. If he couldn’t fill the spots that way, he started calling the staff from other shifts one by one, even offering incentives like gift cards to Hannaford. He learned to bargain with staff – if they came in for a shift today, they could cancel their shift next week. This created a seemingly endless cycle of desperately trying to fill empty shifts.

He said one of the few things that helped with the staffing crisis was the stipend program.

For some homes, the stipend has meant the difference between continuing service and closing their doors. Other nursing homes have been forced to close during the pandemic due to staffing shortages anyway. Williams predicts many more will close without intervention from the state.

“I’m just terrified,” he said. “I feel like we’ve been holding this whole thing together with bailing wire.”

Throughout the pandemic, nursing home administrators have been nervously awaiting the end of the program. Williams said all of the nursing homes funded by Medicaid in New Hampshire have been reliant on the stipends to keep their facilities staffed. The governor extended the program once before in June, before the executive order expired at the end of the month.

This month, the state has been forced to reevaluate its priorities for the remaining CARES Act funds, according to a statement from the governor’s office. The governor’s office recommended long-term care facilities apply for funding through the Emergency Healthcare System Relief Fund.

Other supplemental income orders, such as a 10% wage increase for liquor store employees and a $3-an-hour wage increase for state restroom cleaners, will remain until the end of the state of emergency or late October.

Williams said the consequences of the program’s end will come when paychecks are doled out.

“It seemed like for a brief moment in time these folks finally had the respect they should have had all along,” he said. “It’s going to be a bitter blow to the staff.”

This article is being shared by partners in The Granite State News Collaborative. For more information visit collaborativenh.org