Embracing courage in the workplace

Leaders who live their values take on the hard tasks 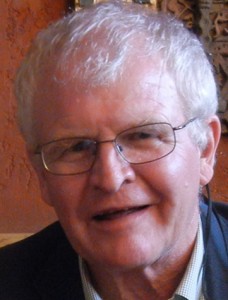 While we all admire courage in theory, enthusiasm may diminish when we actually need to apply it at work. In his Harvard Business Review article, “Cultivating Everyday Courage,” James Detert acknowledges that people who fight for workplace change may be ostracized or even lose their jobs.

But most acts of courage, Detert observes, “come from respected insiders at all levels who take action — be it campaigning for a risky strategic move, pushing to change an unfair policy or speaking out against unethical behavior — because they believe it’s the right thing to do.” When people manage the process well, he adds, they often see their work status and reputation rise.

Courage is not the absence of fear, but the ability to manage despite having fear. It is being brave and confident enough to do what you believe is right.

Physical courage, bravery in the face of pain, hardship or threat of death, is obviously required of the military, police, firefighters and some other workers. The focus of this discussion, though, is moral courage – the ability to act when facing popular opposition, indignity or risk to personal reputation.

In her book, “Dare to Lead,” Brené Brown, a leading voice for our time, describes the deep connection between courage and vulnerability: “Daring leaders who live their values are never silent about hard things. We need braver leaders and more courageous cultures.”

Clarifying core values, she says, is a key to effective leadership, and she describes how to apply your values to meaningfully engage others in difficult conversations.

Unfortunately, courage can be challenging to fully internalize, not the sort of thing you can easily pick up at a workshop.

In their book, “Mastering Leadership,” Robert Anderson and William Adams observe that “great leadership is connected with the deepest parts of ourselves. It has more to do with character, courage and conviction than it does with specific skills or competencies.”

Becoming a better leader requires the courage to step outside your comfort zone and adopt a lifelong commitment to learn and grow.

In their book, “Learning Leadership,” Jim Kouzes and Barry Posner write: “You can’t expect to become better at leadership, or anything else for that matter, without doing something different than you are currently doing.”

Rebecca Newton argues in “Authentic Gravitas: Who Stands Out and Why” that we can choose to be courageous and practice self-leadership, focusing on meaningful connections with others, and becoming more thoughtful and reflective. Authenticity, she says, is about being true to your values.

What kind of leader do you want to be, Newton asks, adding, “if someone who worked with you was asked about you by someone else, how would you want to be described?”

Failure to apply courage can result in avoidance of important decisions and actions. This can have serious consequences, including undermining staff morale, diminishing the business’s bottom line and devaluing your reputation as a leader.

Applying courage, of course, is not always easy or straightforward. A reckless approach can lead to overconfidence and poor decision-making, as happened to Macbeth.

These are examples of situations that can require workplace courage:

How are you doing when it comes to applying courage at work? Are there things you should be doing that you are avoiding instead? What steps could you take to up your leadership courage?

We each have an extraordinary opportunity to make a difference in people’s lives, including our own. Don’t underestimate your impact!

Douglass P. Teschner, founder of Growing Leadership LLC, can be reached at dteschner@GrowingLeadershipLLC.com.

As cybersecurity insurance premiums rise, what can businesses do to cope?

How should you respond to the Log4j vulnerability?

The business case for implementing DEI (diversity, equity and inclusion)