$20 million development to be located near Tuscan Village 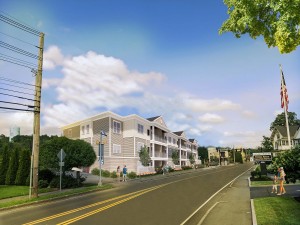 The Depot & Main project is being built with the help of $20 million in low-income housing tax credits.

Elm Grove, which also is a property management firm, has long managed buildings providing affordable housing, said Matt Menning, principal of the company, but this is its first try at developing affordable units.

It has received $20 million in low-income housing tax credits (LIHTC) for the project, Menning said. The federal LIHTC program provides incentives to developers and investors to create affordable multifamily housing for low and moderate-income families

“The market has created a desperate demand for affordable housing solutions for New Hampshire’s workforce,” said Menning. He praised the help of the Royal Bank of Canada and NH Housing, calling them “true partners in bringing this project to fruition.”