Don’t sleep on the best week in American politics 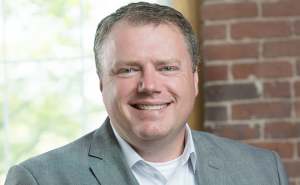 It is a busy time of year. Between impeachment debates in the Senate, hourly coronavirus updates and the hidden meaning of Tom Brady’s Hulu ad during the Super Bowl, one can almost forget – almost – that after two years of campaigning, voters are finally ready to start announcing their preferences for president in 2020.

The process starts with the Iowa caucuses, an insider-driven affair where perhaps 15% of the electorate appeared in high school gymnasiums across the state to negotiate with one another as part of a weird version of political speed dating to earn support for one preferred candidate pitted against another. If your candidate doesn’t make the 15% threshold of required support, fear not, for another one (and another one) is waiting in another corner of the gym.

For political junkies like me, its fun to finally to see voting get underway. But while Iowa may begin that process, its illusory and not terribly representative. The real action starts here immediately after Iowa ends, kicking off the best week in American politics leading up to New Hampshire’s First in the Nation presidential primary.

Much has been written this cycle about the impending death of our primary. Many have cited the DNC’s debate rules in 2020, which forced campaigns to spend more time outside of New Hampshire dialing for dollars and scrambling for supporters. Some have pointed to how voters receive information today, with the greater emphasis on social media and digital interactions reducing the impact and appeal of traditional grassroots politicking. Others complain about New Hampshire’s relative lack of diversity. Some complain about the alleged advantage that “home field” candidates like Elizabeth Warren and Bernie Sanders enjoy here, and some just moan because they’re tired of New Hampshire going first.

Primary envy is a real thing.

I’ve worked for and advised presidential candidates since 1999. There’s no question the primary has changed. Bumper stickers are virtually gone, yard signs are greatly diminished (notwithstanding Tulsi Gabbard’s single-handed effort to bring them – and billboards – back into vogue) and suggesting a sign wave today will cause campaign staff to question your sanity. Big data, analytics, targeted social media and use of text and digital-based messaging platforms among a variety of new tools are in. Yes, the primary is changing. But it isn’t dying. It’s alive and well, right in front of you.

Two dozen candidates have spent time here seeking to earn your vote, with ever-increasing crowd sizes and plenty of tough questions and authentic New Hampshire interactions. At worst, you have a front row seat to selecting a presidential nominee over these next seven days. At best, you can be a real live player on the field, not just passively observing the primary, but embracing, engaging and elevating it.

New Hampshire is going to be closely contested, and the final results here will help three or four candidates carry on. For the rest, it will likely mean the end of a long campaign journey.

If you’re with a candidate right now, then your volunteer efforts are the lifeblood of that effort during these final seven days. Campaigns are relying on you to phone-bank, hit doors, push their message on social media, attend events and get several of your friends and family to do the same thing. If you still haven’t made up your mind, you have plenty of company. Granite State voters traditionally break late.

Study the candidates, stack them up against one another, turn out to events, read news on multiple platforms to get different perspectives, enjoy your free agent status during these final few days.

New Hampshire voters have long been praised for doing their job well, and part of that is educating themselves after taking a full measure of several candidates. Whether from that front row or on the field of play, you have a unique chance right now to do it. It’s no understatement to say that the eyes of the world are on you.

As a Republican, this has been a fairly dull election cycle for me, but as someone who believes deeply in the merits of the New Hampshire primary regardless of party, I’m excited to say that you’re about to enjoy the greatest week in American politics, right in your front yard. What a great opportunity to say to the world that whether you’re a Democrat, Republican or undeclared, your vote counts, your voice matters and New Hampshire’s primary values endure.