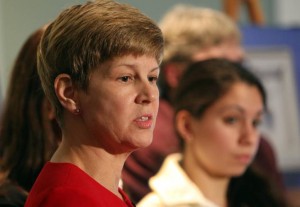 Longtime New Hampshire prosecutor Jane Young, currently the state’s deputy attorney general, has been nominated by President Biden to the U.S. attorney for the district of New Hampshire.

Young has served in numerous roles in the Attorney General’s Office since 1992, including as director of the Division of Public Protection, chief of the Criminal Justice Bureau and chief of the drug unit.

The nomination must be confirmed by the U.S. Senate, and the state’s two senators both praised Young’s selection.

In a statement, U.S. Sen. Jeanne Shaheen said Young “is a deeply committed public servant and seasoned attorney with experience at the state and federal levels.” She added, “I have no doubt that she will channel her expertise to ensure that federal prosecutors are meeting the needs of the Granite State.”

Hassan said Young “has spent her career investigating and prosecuting criminals and has earned a reputation that few in her field can match. As governor in particular, I saw up close the skill and expertise Ms. Young brings to her job and I know that she will continue to serve the Granite State with distinction in this new role.”

Also weighing in on the Young nomination was her boss, New Hampshire Attorney General John M. Formella, who said Young “is one of a kind and irreplaceable,” adding that she is “an “incredible prosecutor and public servant.”

If confirmed, Young will succeed John J. Farley, who has been acting U.S. attorney since early March 2021. Farley was appointed by Attorney General Merrick Garland after the resignation of Scott Murray, an appointee of former President Donald Trump.