‘Merger of equals’ creates largest firm of its kind in NH 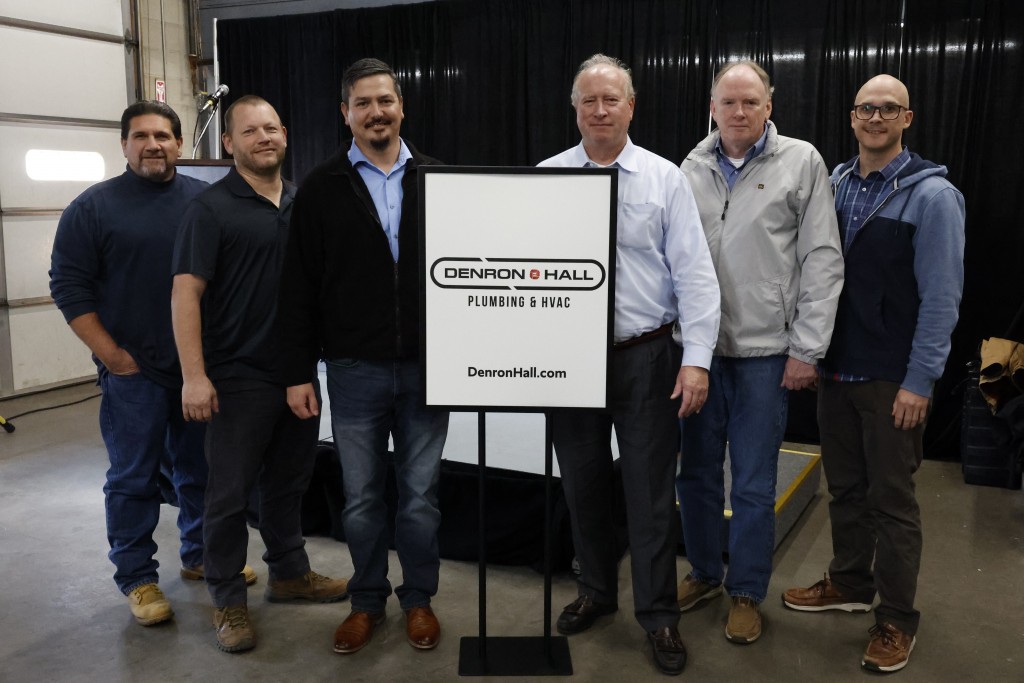 Two New Hampshire-based mechanical contractors have announced a merger creating the largest commercial plumbing and HVAC firm in the state.

Manchester-based Denron Plumbing & HVAC LLC, which has been serving commercial and industrial plumbing and HVAC clients throughout New England since 1974, and J. Lawrence Hall, a family-owned design-build mechanical contractor in Nashua since 1937, announced the merger Nov. 5.

The new company will be known as Denron Hall Plumbing & HVAC.

The merged company will maintain both its Manchester and Nashua locations and will have more than 200 employees. Although both firms previously provided both plumbing and HVAC services to general contractors, building owners and facility managers throughout northern and central New England, Denron’s strength was on the plumbing side and J. Lawrence Hall had a strong background in HVAC, including their own sheet metal shop.

“It truly is a merger of equals, with each of the companies bringing unique specialties to the table,” said Joel Pickering, who is CEO of the new company. “Bringing together these two great companies makes us stronger in the marketplace.“

Pickering added that “there’s no one in the region now that brings this level of expertise in plumbing, HVAC construction and building services at this size and scope to a project.”

As for Charlie Hall, president of J. Lawrence Hall, he said in searching for a partner the firm searched for one “who could help carry on the legacy that our family built over eight decades. “Taking care of our employees and customers long term have been our top priorities and the merger with Denron accomplishes both.”