Dartmouth-Hitchcock locked in battle over expansion in Bedford 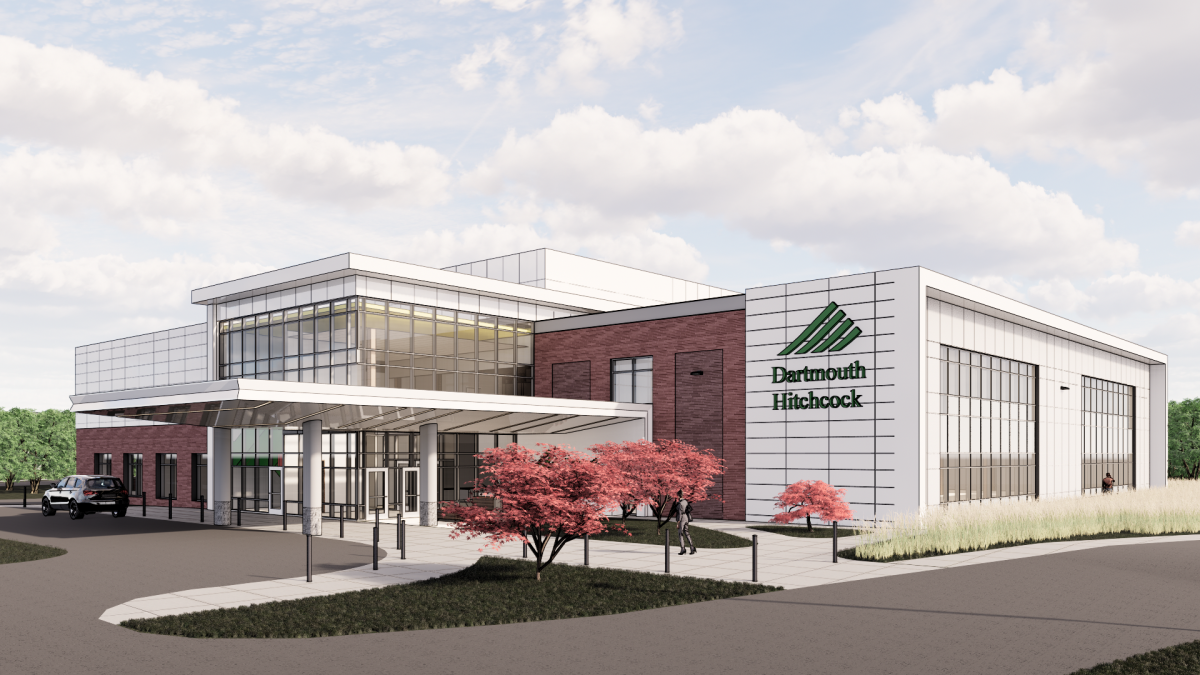 Dartmouth-Hitchcock, which has operated in Bedford for nearly 35 years, seeks to build a facility of between 40,000 and 45,000 square feet Kilton Road parcel it acquired five years ago. (Courtesy)

Editor’s note: This article has been corrected to reflect the fact that the Bedford School Board has not announced support for the proposed zoning amendment.

A proposed amendment to the Bedford zoning ordinance, submitted as a citizen petition and unanimously endorsed by the planning board, threatens to stymie an effort by Dartmouth-Hitchcock Health to expand its presence in southern New Hampshire.

The amendment reads, “Medical Clinics in the Performance Zone shall be limited to no more than two stories, including below grade, with a total building size not to exceed 20,000 square feet.”

Dartmouth-Hitchcock seeks to construct a building of between 40,000 and 45,000 square feet on a 15-acre parcel on Kilton Road it acquired five years ago, in the Performance Zone. The company has operated in Bedford for nearly 35 years, providing family, internal and pediatric care at the Bedford Clinic on South River Road on property it also owns. The company also offers obstetric and gynecological care in leased space at Bedford Medical Park and leases office space at Bedford Farms. The new building would replace the Bedford Clinic and include space to expand.

But, according to Bill Greiner, the founder of Primary Bank and a local property developer who proposed the amendment, “It’s only about taxes.”

The website bedfordyeson3.com, sponsored by Bedford Taxpayers for Quality Education, notes Dartmouth-Hitchcock and its counterparts “see our town as a cash cow,” with the highest payer mix of privately insured and cash payers in the state. If Dartmouth-Hitchcock developed its property, the website warns, the town could potentially forego $1.5 million in property tax revenue — “Not once. Every year” — while “the sweetheart deal” would serve as precedent for other “mega hospitals.”

Greiner stressed that the Performance Zone, which includes a tax increment financing (TIF) district, was established to maximize the return from property taxes from economic development within it.

“What we are really doing,” he told the board, “is addressing what I would call the megaplexes from these very large institutions.” The amendment, he added, would not forestall construction of smaller facilities, while larger projects could be undertaken in the Commercial, Highway Commercial and Industrial zones and, with a waiver from the planning board, even in the Performance Zone.

Taxes have been a bone of contention between Bedford and Dartmouth-Hitchcock since the company sued the town in 2020 when it became the first municipality to deny its request for a charitable exemption.

Craig Beck, chief operating officer of Dartmouth-Hitchcock’s Southern Region/Community Group Practice, said the company and the town are “engaged in an active process to recognize our charitable status and ensure that Dartmouth-Hitchcock pays its fair share.” He allowed that negotiating a “Payment in Lieu of Taxes,” or PILOT, is among the options for reaching a settlement.

Beck stressed that the company “has a long history of paying taxes in Bedford, and we are committed to paying our fair share.” Last year, the chairs of the Town Council and School Board, commented on the proposed merger between Dartmouth-Hitchcock and Catholic Medical Center, which is pending before the Charitable Trust Division of the Attorney General’s Office. Without taking a position for or against the merger, both wrote that they wished “to see that property taxes continue to be paid on all off-campus facilities located in Bedford, as has been the case for decades by both CMC and Dartmouth-Hitchcock.”

Dr. Shirley Galucki, an obstetrician/gynecologist who has practiced in Bedford for 29 years, said, “We take all patients,” noting that while Bedford is an affluent community it is not without needy residents. “Dartmouth-Hitchcock is the safety net,” echoed Beck. “We operate payer-blind.”

Calling the suggestion that the project could cost the town $1.5 million in tax revenue “hyperbole,” Beck said “there’s no way a 45,000-square-foot building could generate a $1.5 million tax bill” and dismissed talk of megaplexes and big boxes as “nonsense.”

Referring to the prospect of Dartmouth-Hitchcock merging with CMC, which also operates in Bedford, Beck said “the project on Kilton Road is our plan only, and there is no plan to incorporate CMC.”

“The tax issue is a scare tactic,” Beck said, suggesting instead the zoning amendment is designed to limit competition. DocsAgainst3.com, supported by Dartmouth-Hitchcock, claims the amendment was “deliberately crafted by a few long-established and well-connected businessmen who stand to financially benefit by preventing expanded and enhanced health care services in town.”

In 2018 Greiner pressed for a measure to forbid licensed surgical centers from operating in medical and dental clinics without a waiver from the Planning Board. Voters rejected it.

The town will vote on Tuesday, March 8. Beck said that should the amendment carry “we will seek a waiver from the Planning Board and pay our fair share of taxes. We’re not pulling our application for this project.”