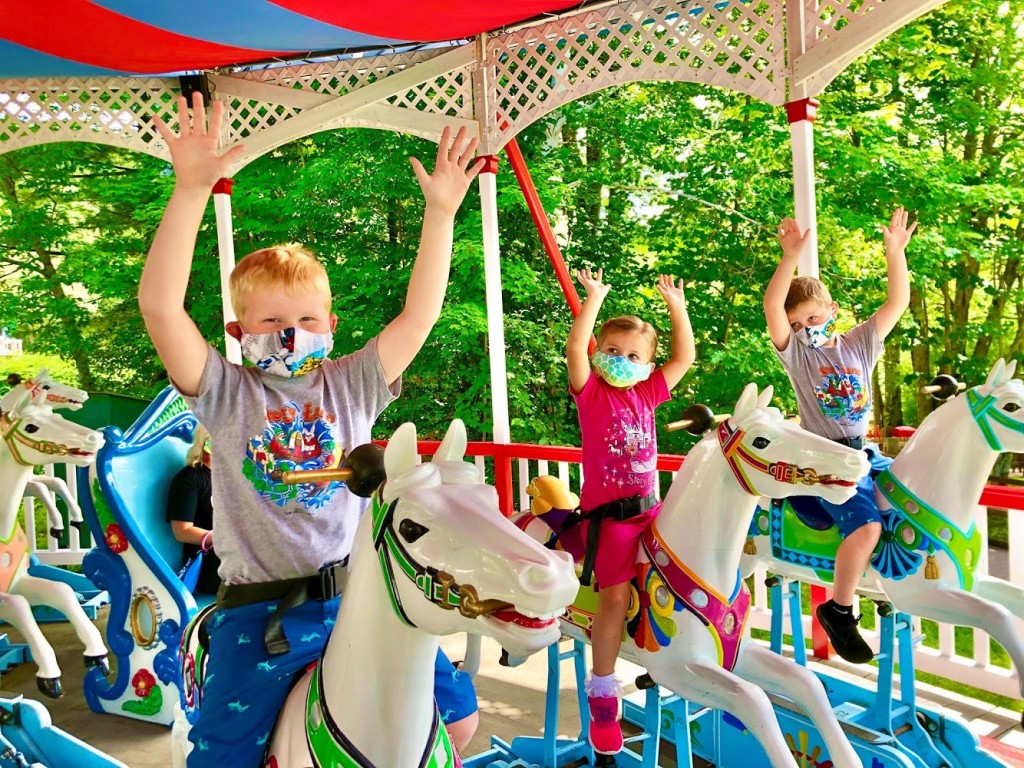 If there is one thing that is consistent in this topsy-turvy Covid-19 world, it is there is no rhyme or reason to what will work for businesses.

There is no explanation why one business will see lines around the corner while another has employees leaning on their elbows waiting for customers.

With summer in full swing many establishments are seeing exactly where they stand from now until Labor Day. Some have been pleasantly surprised while others are witnessing what they expected – a slow and unpredictable season.

And for small towns nothing drives business more than tourists.

While there is plenty to see in the Granite State, attractions are often the main selling point. And of those places – like Story Land just outside North Conway, Weirs Beach on Lake Winnipesaukee, or the North Woodstock area in western White Mountains where Clark’s Trading Post and Lost River Gorge & Caverns – are not open or have severe restrictions, then neighboring small businesses are likely to suffer.

The Sunrise Shack, a rustic breakfast and lunch eatery, sits one mile south of Storyland in Glen. Right on Route 302 in between the family destination and North Conway, it certainly relies on families that are hungry on the way or coming from Storyland.

The theme park, which features rides, shows and characters like Cinderella and Mother Goose, opened more than a month later than planned, on July 22. Sunrise owner Frank Nemeth has seen a decrease in his business due in part to Storyland expected to see much less than the 80,000 to 90,000 visitors it sees from the middle of June to the middle of October.

“We’ve been doing about two-thirds of our regular business. It is better than I had expected,” said Nemeth.

“I don’t know how long it will go, though, if the virus continues into the winter and the restrictions affect our ability to serve inside. We will presumably have to (move inside) at some point. But if we are under limited capacity and people don’t want to be in a small, enclosed restaurant it will be harder to maintain those numbers.”

Nemeth explained that he feels he has done as much as he can to conform to the new normal of eating out during the coronavirus.

He said when the virus hit he and his business partner Jim Davis, who is the chef, stepped back and thought about what would be best for the restaurant. They changed the menu, takeout window, and the flow at the point of sale. The biggest change, structurally, was creating a new patio with a fence and stone wall to separate it from the parking lot and busy Route 302.

“We really developed a whole new mode. We didn’t just close (the indoors) and offer takeout,” Nemeth said. “We really reinvented the business to make it a takeout-oriented restaurant.”

And Nemeth is aware that The Sunrise Shack now will not look the same in the fall or winter.

“Once we get back inside we will re-evaluate the menu again and create a hybrid for a significant amount of takeout, and re-organize the flow of the restaurant again.”

Proving the unpredictability of running a business during a pandemic is the Christmas Loft and its succes in North Conway.

“We’re surprised how busy we’ve been,” said second-generation owner Greg Vander Veer, who also has a smaller location in North Woodstock. “(Business) is actually a little up in North Conway. The towns (North Woodstock and North Conway) are both packed with tourists. I mean packed.”

Nemeth feels the North Conway store, which is about 1½ miles south of the center of town on Route 302, is benefitting from the plethora of outdoor offerings in the area, including hiking, biking and river activities. The North Woodstock store is seeing the same numbers as last year thanks to similar nature attractions which includes Lost River Gorge & Caverns, a park that features hiking, caves and gemstone mining amidst beautiful scenery.

“I think there are a lot of reasons why (we are doing well),” Nemeth added. “A lot of (tourists) have more flexible schedules with work from home and if they get an Airbnb they can work there. Also a lot of people in the Boston area who may have had trips planned elsewhere cancelled and now are taking day trips and weekend trips (here).”

Marti Mayne, Public Relations manager for the Mt. Washington Valley Chamber of Commerce, agreed that some areas are holding their own while others are seeing expected struggles.

“Between businesses having to shut down until the middle of June and the precautions people are taking, it’s been an interesting – or impactful – start to the summer,” said Mayne in the middle of July. “Mt. Washington Valley had a pretty good 4th of July and that got things going here.”

Mayne noted the Mt. Cranmore, with a downhill mountain biking park, rentals, scenic rides to the top via ski lifts and its gondola among its offerings, has equaled its normal sales despite visitorship down about 4%. She has also seen the area’s 10 campgrounds and many vacation rentals prospering, while the 50 bed and breakfast options, restaurants, hotels and motels have been affected by Covid-19 and are seeing much fewer visitors.

Other outdoor activities in the Valley, like river rafting and golf, have seen high demand as soon as it was allowed to open.

“Northern Extremes kayaking in Bartlett (told me) the demand is out-pacing the supply because people are so anxious to get out from their four walls at home and go outside,” Mayne added.

A little more than an hour south in Weirs Beach, on the shores of Lake Winnipesaukee, limitations with two of the area’s biggest draws – Laconia Bike Week and Mount Washington Cruises – have severely curtailed local small businesses.

Bike Week, which normally runs for nine days in the beginning of June, was postponed until late August, when it will be most likely only a shadow of its former self. That’s up to 250,000 attendees and $100 million in revenue not seen in an already shaky summer season. Mt. Washington Cruises is only offering lunch and dinner cruises — at only 40% capacity due to social distancing — and only one of its three vessels are in operation.

One store that has been hit hard is 603 Candy, a quaint sweets shop that is a stone’s throw from the ships’ pier.

“My numbers are down nearly 75 percent from last season,” said owner Kristina Sanborn. “Losing Bike Week in June was a huge blow and while they may still hold Bike Week, there will be no vendors, so there isn’t a big draw to cause people to want to come down for it. July has been good, but again, we are still down significantly.

And social distancing and limiting the number of people in her 1,000-square-foot space has added to her woes.

“You still see some people walking around, and they are social distancing, but it makes it difficult to do that in small spaces. Stores like mine are small, and it can only hold so many people without the social distancing issue.”

This articles is being shared by partners in The Granite State News Collaborative. For more information visit collaborativenh.org