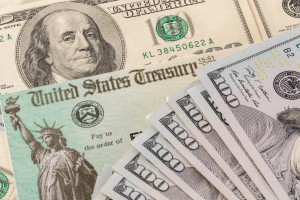 As if the tensions between Governor Sununu, the New Hampshire House and Senate were not enough to potentially gum up the state budget process, a controversial provision of the American Rescue Plan Act poses another challenge for lawmakers in Concord.

Section 9901 of the act prohibits states from applying the funds it distributes to “either directly or indirectly offset a reduction in net tax revenue arising from a change in law, regulation or administrative interpretation … that reduces any tax (by providing for a reduction in a rate, a rebate, a deduction, a credit or otherwise) or delays the imposition of any tax or tax increase.”

In other words, states receiving money through the $1.9 trillion federal Covid relief bill can’t use that funding as a means of cutting taxes.

The prohibition applies from March 3, 2021 until federal funds are spent or until Dec. 31, 2024. Treasury Secretary Janet Yellen has indicated that states offsetting net reduction in tax revenues with ARP funds would forfeit federal funds, which would be withheld or recouped dollar-for-dollar.

“This provision of the American Rescue Plan Act appears to effectively, for every dollar of state revenue lost to tax reductions, cost the state a dollar in federal aid,” said Phil Sletten, senior policy analyst at the New Hampshire Fiscal Policy Institute. “This dollar-for-dollar reduction would further limit the resources available to invest in New Hampshire’s people and economy.”

Under the act specifies the legitimate uses of the fiscal relief distributed among states. The money can be applied against costs incurred in responding to the pandemic, including its adverse economic effects on households, businesses and nonprofit organizations. Funds can supplement the pay of essential workers and cost of public services to the extent the pandemic depleted revenues for these purposes in the most recent fiscal year. And funds can be invested in water, sewer and broadband.

The act expressly prohibits transferring funds from these categories to offset net reductions in tax revenue.

The National Law Review describes the prohibition as “the most significant federal pre-emption of state tax policy in history” and anticipates state legislators and tax officials “will be scrutinized as their tax policy decisions are evaluated through the lens of this prohibition” for the next three years.

In New Hampshire, the biennial budget adopted by the House and now before the Senate is studded with tax cuts projected to reduce net revenues by $157.7 million in fiscal years 2022 and 2023. And, should lower tax rates and other tax changes carry into the next biennium, any reduction in net tax revenue could be subject to the prohibition through fiscal year 2024 and the first half of fiscal year 2025.

A House-proposed one-time $100 million cut in the $363 million raised by the Statewide Education Property Tax (SWEPT) since 2006 easily represents the largest share of the total net reduction in revenue. Although the SWEPT is collected and retained by municipalities — not remitted to the state — it is clearly a state tax liable to the prohibition.

The SWEPT is not only the biggest piece of the puzzle, but may also be the most difficult to fit. Suppose a tax rate is reduced, but revenues increase year-over-year, yet fall shy of what the prior tax rate would have raised. Is this a net reduction in tax revenue? Calculating net reductions in tax revenue — let alone the share attributable to changes of tax policy — is not straightforward. On the other hand, there is no question that foregoing $100 million of revenue from the SWEPT to provide relief to property taxpayers amounts to a net tax reduction.

Reduced rates of the rooms and meals tax, business enterprise tax and business profits tax, along with limiting the business tax credit carryforward, account for much of the balance of the net tax reductions.

Sununu’s budget included reducing the rate of the rooms and meals tax from 9% to 8.5%. He also proposed lowering the rate of the BET from 0.60% to 0.55% while raising the filing threshold to $250,000 of both the gross receipts and enterprise value tax base, sparing more small businesses from tax liability. The 5% interest and dividends tax would be scrapped altogether by trimming the rate by a percent a year beginning in 2023.

To the governor’s tax cuts, the House added a reduction in the rate of the BPT from 7.7% to 7.6% in fiscal year 2022 and also limited the business tax credit carryforward.

Rep. Dick Ames, a Jaffrey Democrat who sits on the House Ways and Means Committee, noted that apart from the potential exposure in 2022 and 2023, lowered I&D and business taxes will likely affect revenues in 2025.

Without further guidance from Treasury any exposure the state may have cannot be measured.

In March, more than 20 states wrote to Secretary Janet Yellen urging her to confirm that Section 9901 is not intended to “strip states of their core sovereign authority to enact and implement basic tax policy. Absent a more sensible interpretation, this provision would amount to an unprecedented and unconstitutional intrusion on the separate sovereignty of the states.”

Yellen replied that Congress routinely places reasonable restrictions on the uses of federal funds to ensure they are applied to their intended purposes. She said that the act does not forbid states from cutting taxes but “simply provides that funds received under the act may not be used to offset a reduction in net tax revenue resulting from certain changes in state law.” Yellen said that the Treasury Department was preparing further guidance to the states, which is expected to be issued next month.

Thirteen states, led by West Virginia and with New Hampshire among them, filed suit in federal district court in Alabama claiming Section 9901 of the ARP is an unconstitutional infringement of the 10th Amendment.

Meanwhile, state officials and lawmakers are left with a raft of questions about the future of the tax cuts, which represent one patch of common ground among the otherwise divided Republican majority at the State House.