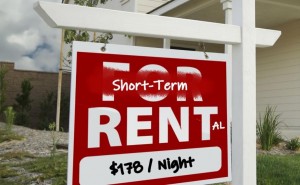 The appeal comes about a month after Kudrick defeated the town after it sued him in Carroll County Superior Court, hoping to get a declaratory judgment from Judge Amy Ignatius that would hold their zoning ordinance banning all but owner-occupied short-term rentals in residential zones legal. However, Ignatius ruled in favor of Kudrick on Jan. 25.

On Feb. 9, Conway Town Manager Tom Holmes said a majority of selectmen had voted to move forward with an appeal. The town made it official this week, filing its notice of appeal to the state Supreme Court on Tuesday. It was filed under Rule 7 mandatory appeal, which means the Supreme Court must consider it.

The town is being represented by Russell Hilliard of Upton & Hatfield of Portsmouth and Jason Dennis of Hastings Malia of Fryeburg, Maine. Kudrick is represented by Mark Puffer and Nathan Fennessy of Preti Flaherty in Concord; and Mathew Johnson of Devine Millimet, which has offices in southern New Hampshire.

The town is asking the state’s high court to decide “whether the trial court erroneously interpreted the ‘permissive’ Conway Zoning Ordinance to allow short-term rentals that are not owner occupied in residential districts.”

“Permissive ordinances,” like Conway’s zoning ordinance, prohibit land uses that the ordinance does not allow.

The town has argued that short-term rentals aren’t mentioned in the Conway Ordinance as an allowed use of property but that similar owner-occupied tourist and boarding houses are.

However, Kudrick argued his properties are allowed under the ordinance because they meet the definition of a residential dwelling unit, complete with provisions for living, sleeping, eating, cooking and sanitation.

Kudrick called the appeal “unfortunate,” in a message to the Sun.

“From a practical standpoint, it seems unnecessary since the state is currently working on a bill to allow towns to regulate STRs,” said Kudrick.

“I realize the selectmen are doing their best to represent the voters. However, I don’t believe it was clear to those that voted, as well as to many who didn’t, that the vote would be interpreted to ban vacation rentals. Many people in the community rely on vacation rentals for income,” he said.

“Many others who live here full-time but do not currently rent do not want to lose the right to someday rent,” Kudrick added.

David Cavanaugh, president of the Mount Washington Valley Association for Responsible Vacation Rentals, a group of STR supporters that sprung up after the town meeting vote, also issued a statement about the appeal.

He said the association was “surprised” the appeal was filed as they felt Ignatius’ ruling was clear.

“To argue that renting is not a permitted use in Conway residential zones would result in a ban of all rentals: short-term, seasonal and long-term,” said Cavanaugh.

“Further, with the potential of SB 249 (a NH Senate bill prohibiting towns from banning STRs) becoming law, the town seems to not have considered that their appeal can potentially be rendered useless. We feel this is a waste of tax dollars and only delays the implementation of responsible regulations,” Cavanaugh said.