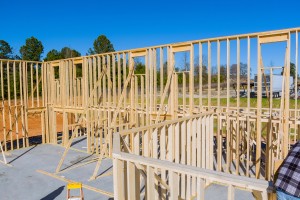 The NH House and Senate on Thursday agreed to rescue the workforce housing “community toolbox” bill from the brink of oblivion, but it will have a lot of its original tools missing.

The fate of what was once known as Senate Bill 400 was wrapped in negotiations over House Bill 1661, tacked on to a wide-ranging bill that includes enhancing the career and technical education system, building a garage for lawmakers and a number of changes requested by the Department of Health and Human Services.

To make it more palatable, the Senate initially dropped one of the key provisions: rewarding municipal “housing champions” for revamping their housing policies to allow for more affordable housing.

But there were still a lot of tools left in the bill, including tax breaks, speeding up the approval and appeal process and making it more friendly for developers and putting affordable housing on par with senior housing.

Still, on Thursday morning, it looked like HB 400 would be dropped entirely. Sen. Jeb Bradley, R-Wolfeboro, in summing up that initial compromise, said that, “regrettably, this does not include SB 400.”

“That’s a sad situation,” said Sen. Lou D’Allesandro, D-Manchester. “I applaud the work done, but work remains. If we want people to come here, if we want to attract business here, we have to have an ample housing supply. “

But Rep. Karen Umberger, R-Kearsarge, was happy both that the career technical education piece would survive, as well that taxpayers would be spending more than $9.35 million on the garage. Even though it was less than the $35 million the House had proposed, “I can’t tell you how thrilled I am about the garage.”

Then, Rep. Leonard Turcotte, R-Barrington, said that he might make D’Allesandro happy as well by offering a new amendment approved by House Republican leadership that would leave in some of HB400, as long as some “shalls” were changed to “may.” For instance, a community that made provisions in their zoning for senior housing didn’t have to provide the same for affordable housing, but they could. Similarly, the municipalities could add affordable housing to Municipal Economic Development and Revitalization Districts.

Some of the language to speed up the approval process did survive, but some were removed, along with a provision that would have allowed municipalities to grant housing developers more years of tax relief, but municipalities still have to at least give a reason for denying a housing project. If not, the project will be approved.

The bill still has to be approved by the full House and Senate next Thursday before it goes to governor for his signature.