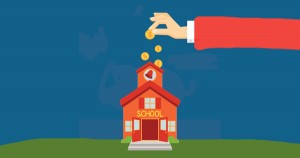 Attorneys who prevailed in the foundational Claremont school-funding cases in the 1990s, when the NH Hampshire Supreme Court ruled that the state’s method of funding education was unconstitutional, have returned to court to persuade the justices to reaffirm and enforce the court’s decision by ordering the state to rescind and replace its unconstitutional system of financing public schools.

Andru Volinsky and John Tobin, who represented the Claremont School District and four others, along with Natalie Laflamme, who was then a 2nd-grade pupil in Berlin, filed suit Tuesday in Grafton County Superior Court on behalf of three property owners.

The suit charges that for the past 25 years the NH Legislature has failed to comply with either of the court’s two decisions in the Claremont litigation. The argument is straightforward, grounded in the prior rulings of the court and buttressed by simple mathematics.

In 1993, the court held that the New Hampshire Constitution places on the state an “unequivocal legal duty” “to provide a constitutionally adequate education to every educable child in the public schools in New Hampshire” and “to guarantee adequate funding.”

Four years later, plaintiffs returned to court, presenting the court with six counts, five on behalf of schoolchildren deprived of educational opportunities and the sixth on behalf of an elderly couple claiming they were taxed unjustly, contrary to Part II, Article 5 of the Constitution requiring that taxes be “proportional and reasonable.”

The court ruled only on the sixth count, finding that while taxes levied by school districts are local only in the sense they are levied on local property. “In fact,” the justices held they are “state taxes that have been authorized by the Legislature to fulfill the requirement of the Constitution.” And, consequently, the court ruled, “To the extent the State relies upon property taxes to fund a constitutionally adequate public education, the tax must be administered in a manner that is equal in valuation and uniform in rate throughout the State.”

This latest suit confines itself to the narrow but paramount questions of the state’s duty to fund the cost of an adequate education and to do so with “proportional and reasonable” taxes.

Litigation brought by the ConVal School District in 2019, which challenges how much the state should contribute to school budgets and the terms of the formula for distributing the funds, remains mired in Cheshire County Superior Court.

The latest suit describes the state scheme for funding public schools as consisting of three components.

First, the state distributes “adequacy aid” in the form of grants to school districts, funded by a basket of state taxes and fees, which represent 21 percent of the total cost of education. Grants are calculated according to a formula starting from a base cost of $3,708.78 per pupil, which is supplemented by “differentiated aid” for students living in poverty, learning English language and qualifying for special education services.

Altogether, the state provided districts $4,578.10 per pupil in the 2020-21 school year, a fraction of the average cost per pupil cost of $18,434.20, excluding about $2,200 in the cost of capital investment, debt service and transportation, reported by the New Hampshire Department of Education.

Second, the Statewide Education Property Tax (SWEPT) accounts for 7 percent of education costs. In most towns, since proceeds from the SWEPT fall short of the average cost of an adequate education, the state provides a supplement to offset the difference. In property-wealthy municipalities, where receipts from the SWEPT exceed the amount of the adequacy grant, the revenue from the SWEPT is subtracted from the grant and the excess retained by the municipality and added to its budget.

The petitioners acknowledge that the court refrained from specifying the components of a constitutionally adequate education, a responsibility it placed on the Legislature. However, it did find that an adequate education should reflect the educational services provided by New Hampshire schools. Moreover, the court stressed, “It is basic … that in order to deliver a constitutionally adequate public education to all children, comparable funding must be assured in order that every school district will have the funds necessary to provide such education.”

Consequently, the petitioners argue that the costs of an adequate education should be derived from the average per-pupil expenditures throughout the state, which have risen from $15,310.67 in 2016-17 to $18,434.21 in 2020-2021. The state has never contributed so much as a third of these costs, but instead shifted the largest share of its responsibility to local taxpayers.

The petitioners argue that both the local school tax and the SWEPT, which together represent two-thirds of all revenue applied to school funding, are unconstitutional.

“By primarily relying on a local property tax,” the petitioners claim, “the State violates this precept of Part II, Article 5 of the New Hampshire Constitution, as local property values differ widely across the state, making uniform educational tax rates a mathematical impossibility.”

Likewise, the SWEPT, although nominally a state tax, is assessed, collected and spent locally, never finding its way into the state coffers. In the 17 percent of municipalities where excess revenue from the SWEPT is retained and added to the municipal budget, the effective rate of the state tax is reduced, contrary to the constitutional requirement that taxes be “proportional and reasonable.”

One of the petitioners, Steven Rand, lives in Plymouth, where he owns five properties – his residence and four commercial and residential rental properties. Plymouth is the largest of the nine towns in the Pemi-Baker Regional School District. Equalized values per pupil range from $942,652 in Plymouth to $5,469,546 in Waterville Valley. The combined school tax rates, the local education rate and SWEPT rate, range from $3.33 in Waterville Valley to $15.25 in Campton.

“These local school taxes violate Part II, Article 5 of the New Hampshire Constitution because they are not equal in valuation and uniform in rate,” the petitioners conclude in asking the court to order the state to “discontinue its unconstitutional public education funding scheme” and “adopt a revised cost determination, which accounts for the full cost of providing constitutional adequacy to all school districts and amounts to no less than the average state expenditure per pupil.