Despite charges by several Republicans, no concrete instances exist 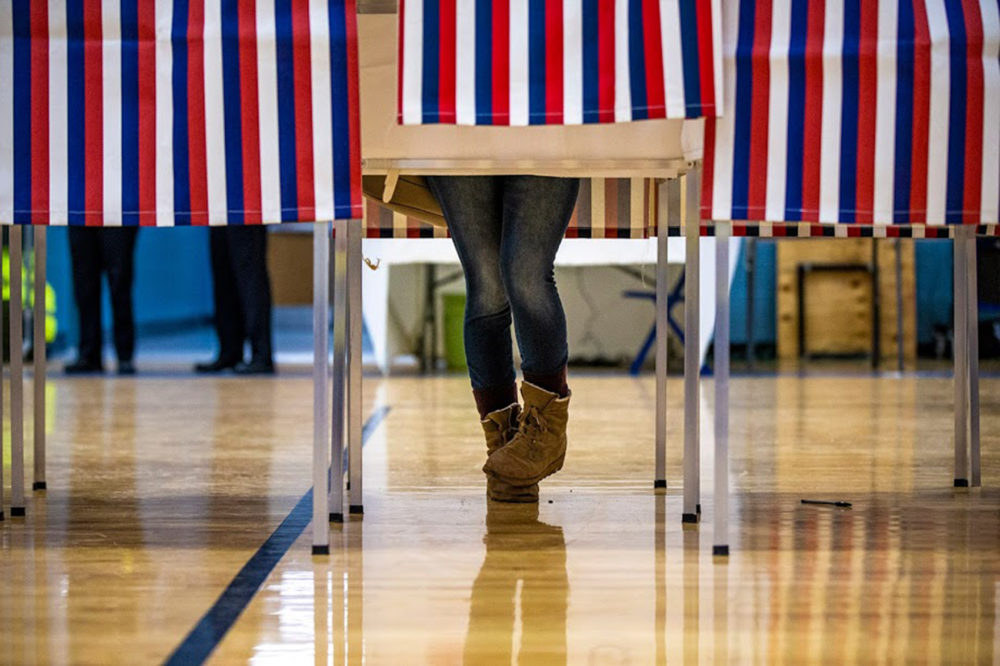 Republicans were quite successful in the 2020 general election in New Hampshire, but that hasn’t stopped some members of the GOP from claiming significant voter fraud.

“I think there was a tremendous amount of fraud across this country and in every state,” GOP U.S. Senate candidate Don Bolduc said. “I do know in the state of New Hampshire we have big problems with election integrity.”

The claims from Bolduc and others, while numerous, lack concrete evidence, similar to the contention by former President Trump that the national election was stolen from him.

Following Trump’s claims of a rigged election, national polling found most Republicans distrusted the results. This distrust was then used as a rationale to alter election laws, even in places where the GOP fared well in down-ballot races.

“A lot of people in the state, whether in Belknap County, or elsewhere, didn’t feel like they got a good count,” said Rep. Norm Silber, R-Gilford. “My view has always been, and it is shared by people in the Republican Party hierarchy, we want every valid and legitimate vote counted and want to eliminate as much as possible any questions about the validity of election results.”

While New Hampshire voters favored Democrat Joe Biden in the 2020 presidential race, the Republican Party took control of the state House and Senate, while retaining the governorship.

Students attending college in New Hampshire are permitted to vote here even if they came from another state. Bolduc said this can lead to fraud.

“I believe it does because they can go back to their home state to vote, so they can vote in two places,” he said.

Actually, it would be illegal for a student or anyone else to vote twice in the same election. Double voting is a Class B felony in New Hampshire that could carry a penalty of more than a year in jail.

Bolduc doesn’t think there is enough capacity in the secretary of state’s office to investigate voter fraud.

“And I don’t think the AG is doing his job,” Bolduc said.

“I think it all comes down to the fact that if you were an incumbent in 2020, you benefited from this fraud whether you were a Republican or you were a Democrat.”

Bolduc also doesn’t trust voting machines and feels all votes should be counted by hand in 2022. Currently, in the overwhelming majority of precincts in the state, voters mark ballots, which are put in optical scan devices that count the votes.

Ten New Hampshire legislators, all Republicans, have sponsored a bill that would prohibit the use of computers, scanners, or other electronic devices to count and tally ballots.

He is among those who have charged that people with second homes in New Hampshire are finding a way around voter ID laws and casting ballots in this state even though their main residence is elsewhere.

Alliegro said this seems to be a problem in Campton, a community close to skiing and other recreational opportunities in the White Mountains.

“This was exacerbated by the events of the last year, people escaping their home states and staying up here or buying a second home here,” he said.

“A number of these people did not relinquish residency rights in their home states, so it’s illegal for them to vote here.”

Campton Town Clerk Hannah Joyce said there were no discrepancies in the local vote during the 2020 General Election.

She said there was no problem in terms of people trying to vote in Campton although their primary residence was out of state.

There are 2,306 registered voters in town and 2,146 voted in the election. One voter didn’t have proper identification and signed an affidavit swearing he was qualified.

Some of those who sign an affidavit attesting to their voter qualifications never provide the documentation as required.

“People who didn’t fulfil conditions of their signed affidavit could have swung the election for president and U.S. Senate, and I think it’s a fair guess, if you know how this game is played that they did,” Alliegro said, referring to the 2016 election cycle.

That’s when Hillary Clinton defeated Donald Trump in New Hampshire by less than 3,000 votes and Democrat Maggie Hassan unseated GOP incumbent Sen. Kelly Ayotte by a margin of about 1,000 votes.

‘I don’t have one example’

Bill Gardner, who has been New Hampshire’s secretary of state for more than four decades, said he’s never seen an election where voter fraud affected the overall outcome.

“I don’t have one example to give you where a person won an election in this state who should not have won it,” he said in an interview.

He discussed protections in the New Hampshire law allowing people to register to vote on the day of an election.

Those who don’t have the proper documents to prove residency and other qualifications can sign an affidavit, and the state follows up with a verification process through the U.S. mail.

About 4,000 voters had to sign such an affidavit in the state’s primary and general elections in 2020.

Of those, the state has not been able to authenticate the voter qualifications for about 600 people, or less than one in 1,000 general election voters. This group of 600 includes many who did not return an envelope as required.

Some may not have been qualified to vote, but it’s also possible they were qualified and the state just hasn’t been able to reach them yet. The verification process continues.

More than 800,000 people voted in the general election without the need to sign an affidavit.

Gardner also said the optical scan voting system used in New Hampshire has been reliable. These machines are not connected to the internet. Paper ballots are retained and can be used in a hand recount.

In a state representative race in Windham last year, a hand recount showed a discrepancy from the automated counting number, although the overall outcome wasn’t affected.

An audit determined the error was caused by a borrowed machine that folded ballots contrary to the suggested score marks. This put a crease through the oval next to a candidate’s name in some ballots sent to absentee voters.

The state’s Ballot Law Commission issued a report stating the discrepancies in Windham were the result of a unique set of circumstances not likely to reoccur.

Republic Gov. Chris Sununu said the audit showed the election system in the state does have integrity, can be trusted and is far from having the “massive fraud” that Trump has claimed.

Secretary of State Gardner said election officials remain vigilant, and one case of fraud is one too many.

“The Election Law Unit is also prosecuting matters relating to prior election cycles and continues to investigate allegations from 2020,” said Myles Matteson, deputy general counsel in the Attorney General’s office.

Authorities found a half-dozen examples where people who voted in New Hampshire in 2016 also cast votes out of state.

“We actually found them,” Gardner said. “We did an incredible amount of work and they either pleaded guilty or were found guilty of having done it.”