While the U.S. economy continues to show steady signs of growth, there is considerable concern in the business community about current U.S. trade policies and their potential to stunt that growth. And rightly so – with 95% of the world’s consumers located outside of the U.S., it is critical that we have policies in place to promote international trade and expand access to foreign markets for American businesses. 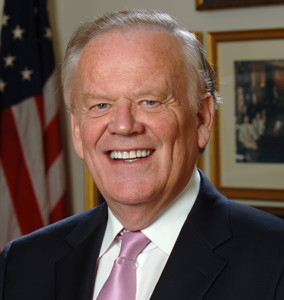 Fortunately, our leaders in Congress have the opportunity to take an important step to bolster U.S. exports and drive continued economic growth by approving the new US-Mexico-Canada Agreement (USMCA), which was signed earlier this year. Approval of this agreement is of particular consequence here in New England, where two of our region’s top trade partners are our neighbors to the north and south.

The USMCA makes critical updates to modernize the previous trade pact between our three nations – the North American Free Trade Agreement, or NAFTA.

NAFTA, which was approved and has been in place since 1994, was written before many of the digital technologies that drive our 21st century global economy, such as cloud computing and online commerce, even existed. The USMCA includes important provisions to address such topics as cross-border data flow and data localization, and takes key steps to protect U.S. intellectual property.

The importance of trade with Canada and Mexico to the New England economy cannot be overstated. Canada is a top-three trade partner for all six New England states, and Mexico is in the top 10 for five of the six states in the region.

Exports from the six New England states to Canada and Mexico totaled nearly $13 billion in 2018 alone. That includes $420 million in exports from New Hampshire alone. Some of the top exports from the Granite State include computer and electronic products, machinery and transportation equipment.

Some members of Congress have expressed reservations about the USMCA, particularly on such issues as labor and environmental protections, patent exclusivity for certain medicines and enforcement mechanisms.

While the business community appreciates these concerns, walking away from the USMCA because of them would be, simply put, disastrous.

Fortunately, House Speaker Nancy Pelosi has taken the initiative to establish a working group to negotiate with Ambassador Robert Lighthizer, the U.S. trade representative, to address these concerns. Several New Englanders – House Ways & Means Committee Chairman Richard Neal of Massachusetts as well as Connecticut Representatives Rosa DeLauro and John Larson – have been named to this nine-member group, so our region’s interests are certainly well-represented, and we are confident that the working group will reach a satisfactory resolution.

In our 21st century global economy, access to foreign markets is vital to the success of American businesses. It is imperative, therefore, that the U.S. continue to maintain and expand trade relationship with key partners around the globe, and in particular, with our immediate neighbors here in North America. The New England Council is hopeful that Congress will consider the impact trade with Canada and Mexico on our nation’s economic well-being, and will take swift action to approve this important trade deal.

James T. Brett is the president and CEO of The New England Council, a non-partisan alliance of businesses and organizations.