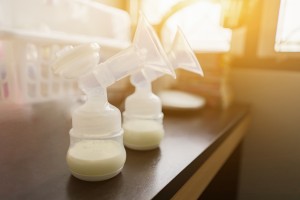 If two bills with bipartisan support become law, all but the smallest New Hampshire employers will have to provide reasonable accommodations to women before, during and after pregnancy.

At a virtual hearing of the Senate Commerce Committee on Tuesday, no one spoke in opposition to either piece of legislation, and those who expressed concerns mainly worried that the bills did not go far enough.

The committee later unanimously passed Senate Bill 69, which requires that businesses with more than five employees provide a safe place to express breast milk and a place to do it for a year after childbirth.

Currently, federal law requires this from firms with over 50 employees, leaving a quarter of women unprotected, said Sen. Becky Whitley, D-Concord. The bill is even more important at this time she said, since the pandemic “disproportionately impacts the working mother.” This would make it easier for women to continue to work, she said.

Breastfeeding is essential for mother-child bonding and improving the current and future health of the baby, reducing absenteeism, she said, but the number one reason for a woman to discontinue breastfeeding was having to go back to work.

“I struggled a lot with nursing,” testified Donna Hosmer, former owner of AutoServ, “and I didn’t have an obstacle for supervisors who didn’t understand.”

Construction of such rooms, or separate pods, could cost as much as $8,000, according to the bill’s fiscal note, though the law would allow employers to use existing space, even if it generally is used for something else. All that is required is that the space clean, secure and private and that is not a bathroom and has, at the minimum, an outlet and a chair.

In addition to bringing the employee threshold down to five, the bill also would expand on federal law by providing a schedule – 30 minutes every three hours to lactate, though that could overlap with lunch and coffee breaks.

Both provisions troubled the Business and Industry Association of New Hampshire. But its senior vice president, Dave Juvet, he said he reached consensus with advocates about the threshold, since it coincided with other state laws on discrimination.

Juvet was also mollified by language that provides a hardship exemption, though he thought the language was “vague” as to where a employer would go to apply for such an exemption.

Under the measure, they would go to the state Department of Labor, which could levy fines for as much as $2,500 per violation, though department officials said that depends on the seriousness of the violation, and the willingness of employers to follow the law in the future.

Juvet also commended language that would allow the employer to negotiate the lactation schedule, but added, “I’m not sure why you would have the prescriptive language in the first place. This very definite definition would create confusion.”

But advocates, such as Lissa Sirois, administrator of the Nutritional Services Section at the state Department of Health and Human Services, explained that pumping frequency was required for women to keep their milk up. She also said that businesses themselves wanted clarification.

The department gets a lot of calls asking “what exactly is reasonable” under federal law. “HR needs that information, so that’s why the specific wording was included,” she said.

Despite these concerns, Juvet said he didn’t mean to criticize the bill. Putting this all in statute “will be helpful. Many employers are doing this. They know that it is the right thing to do. Keeping employees, and that includes working moms, is critical for their success.”

The main objection to the bill came from Kate Frederick, a former state employee who sued because she was not able to breastfeed her child on site. While that case was working its way to the state Supreme Court, Gov. Chris Sununu issued an order allowing breastfeeding in government offices.  Frederick argued that the bill – which only mandates breast-pumping – should as well.

“The question is that if it is good enough for state employees, why is it not good enough for all of New Hampshire?” she said. “I don’t see a bill to optimize the support of breastfeeding while excluding actual breast feeling.”

One of the bill’s sponsors – Sen. Rebecca Perkins Kwoka, D-Portsmouth – said that the bill was not intended to exclude breastfeeding. And it doesn’t, pointed out NH Breastfeeding Task Force Chair Joyce Kelly.  Employers could always allow babies at the workplace voluntarily, but the bill doesn’t mandate it, mimicking federal law.

“We are not recommending direct breastfeeding because businesses want to be flexible,” said Kelly. “We understand that not many organizations would support that.”

The Commerce Committee apparently agreed, since it recommended the full Senate pass the bill without any substantial amendment.

Senate Bill 68, which would require reasonable accommodations for a woman during pregnancy and after childbirth – “would provide another reason for women and young families to move to new Hampshire,” testified Sen. Erin Hennessey, R-Littleton, the bill’s prime sponsor.

The Senate passed a bill with the same language last year, but it died in the House in a session cut short by Covid-19.  This year, it is sponsored by 14 Senators, enough to ensure passage, and was backed today by Governor Sununu, who in a letter to the committee wrote, “too often pregnant mothers can be essentially pushed out of their jobs though the denial of small accommodations.”

Federal law already requires such accommodations for companies with more than 15 workers, and state law currently only specifically says that workers can take unpaid leave. Ahni Malachi, executive director of the Human Rights Commission, said that that women already have the right to a reasonable accommodations, but this will “clarify things.

However, Meghan Racklin, a staff attorney from Better Balance, a New York-based reproductive rights advocacy group, would prefer that the bill expand the disability protection to “known limitations” related to childbirth and pregnancy, since some accommodations – such as being allowed to take a bottle of water while working the floor in a retail establishment – doesn’t accommodate an existing disability, but to prevent one.

Malachi countered that he Human Rights Commission considers pregnancy itself a disability,. Racklin, while commending the commission for that interpretation, said that the courts, including one in New Hampshire, have ruled otherwise. The committee ended up holding up the bill, to consider Racklin’s suggested language.