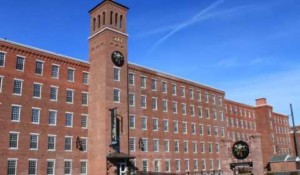 Brady Sullivan Corp. has agreed to pay fines totaling $500,000 after settling with the state Department of Environmental Services over violations of state laws related to disposal of hazardous and solid waste.

The fines stem from the disposal of contaminated soils removed from Brady Sullivan’s Mill West building, a restored mill building at 195 McGregor St. in Manchester.

DES said that, as part of construction and development activities taking place before 2013, soil later found to be contaminated was transported from the Mill West site to a gravel pit that Brady Sullivan owns in Londonderry.  The contaminated soils were subject to a hazardous waste determination to determine their regulatory status prior to off-site disposal, but Brady Sullivan did not conduct the required determinations on the soils, according to DES.

The $500,000 fine levied against the firm includes $50,000 to go to the state’s Hazardous Waste Cleanup Fund and $450,000 to be used to implement supplemental environmental projects in Bartlett, Manchester and Londonderry.

Under the agreement, Brady Sullivan will pay $200,000 to Bartlett to fund a SEP that involves developing a riverbank stabilization design and landfill closure design for the former Bartlett Landfill. The company will pay $125,000 to Manchester to fund a SEP involving contaminated soil cleanup at 307 Kidder St. a city-owned lot associated with a hotel and parking garage development. It also will pay $125,000 to Londonderry to fund a SEP that involves site assessment and cleanup planning at a former apple orchard property that is subject to a conservation easement held by the town.

“It is vital that developers and contractors comply with all applicable laws and rules relative to management of contaminated soils, particularly at former commercial and industrial properties where hazardous materials have previously been in use,” said NHDES Commissioner Robert Scott.