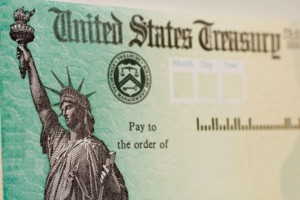 Gov. Chris Sununu said Thursday morning that New Hampshire will discontinue the $300-a-week federal unemployment benefits enhancement before it is due to expire on Labor Day, and it might end in the next few weeks. “We are looking at ending” the enhancement, he said at the Business & Industry Association of New Hampshire’s virtual economic summit. “We ain’t going to wait until September.”

“That is music to a lot of the people on this webinar,” said BIA CEO Jim Roche, who on Wednesday released a letter sent to Sununu asking him to end the enhancement. In it, he wrote it “makes it easier for some unemployed individuals to choose to stay at home rather than return to work” and creates an “economic drag.”

Sununu said he is still deciding when the right time to end the enhancement would be. He said he is “watching the trend lines” to find out the best time to take action, but indicated it could be soon.

He added, however, that he didn’t think that ending the enhancement would ease the state’s ongoing labor shortage, since the state’s unemployment rate is down to 3%.

The BIA’s letter called on is calling on Gov. Chris Sununu to discontinue the $300-a-week federal enhancement for unemployment benefits, saying that it “makes I  t easier for some unemployed individuals to choose to stay at home rather than return to work” and creates an “economic drag.”

In the letter, President Jim Roche cites the acute labor shortages employers are facing, noting that state Department of Economic Security reported that eight recent job fairs to fill 16,500 positions only netted 600 attendees, and he mentioned one manufacturer that didn’t get any response to a help wanted ad for a job paying $17.60 an hour with benefits, in a state with 26,000 unemployed individuals.

Roche also suggests that the state offer some kind of tiered bonus system, rewarding beneficiaries to return to work, or to help pay for day care.

This isn’t the first time Sununu has acted immediately after a BIA suggestion. Last month, the organization publicized a similar letter for the Sununu to reinstate the requirement that unemployment recipients actively seek work, a requirement that has been in place since the pandemic started.

Sununu announced the next day that he would do just that, starting May 23.

If New Hampshire did stop paying the $300 enhancement, it would join at least nine other states that also refused the federal money: Alabama, Arkansas, Iowa, Mississippi, Missouri, Montana, North Dakota, South Carolina, Tennessee. It would be the first Northeastern state and the first state that didn’t vote to re-elect Donald Trump in 2020 to do so.

The unemployment enhancements, started under the CARES act, signed by Trump, as a way for workers to stay at home at the start of the outbreak of the pandemic. Initially, the payment was $600 a week, and when it lapsed in July 31, Trump temporarily added a $300 enhancement for another five or six weeks. Trump later signed another COVID aid package reinstating the $300 benefit until the end of March. The American Rescue Plan signed by President Joe Biden in March extended it to Labor Day.

Meanwhile, in the latest report from the U.S, Bureau of Labor Statistics, in the week ending May 8 there were 1,274 new claims filed in New Hampshire, a 44% drop, following an increase of 23% the previous week.

State continuing claims during the week ending May 1 also fell, but just by seven claims, to 19,133, on top of a 4% decline the week before.

Federal continuing claims from the week ending April 24 fell 5%,to 8,931, after holding steady the week before.

Nationally, initial jobless claims fell by 5% to 473,000 after a 10% drop the week before, through 3.7 million continuing claims were filed, the same as reported last week.