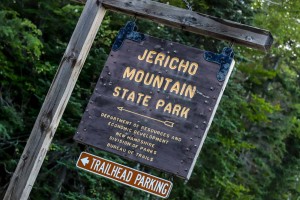 The city of Berlin is continuing to work on economic development efforts that it hopes will attract new investors to Berlin.

According to The Berlin Sun, the Berlin Industrial Development and Park Authority has hired a consultant, ADG Solutions of Concord, to look at creating a tax increment financing district centered on the Route 110 area near Jericho Mountain State Park. And it is looking at incentives that will make it financially viable to attract a small hotel to be located in the city.

A TIF district allows for the financing of public improvements within a defined district using new tax revenues generated by new construction or expansion of businesses. In the case of Route 110, some property owners have expressed a desire to take advantage of the interest in ATV riding created by the park to build and operate new commercial businesses in that area.

Meanwhile, a study was recently completed on the feasibility of attracting a small hotel to Berlin. Pinnacle Advisory Group of Boston was hired to conduct a market demand study that looked at whether there was sufficient demand to support a 60-bed hotel in Berlin.

Although Pinnacle found that leisure demand would be strong in July and August and February but the demand for lodging in the shoulder seasons would a problem. The study also found that the city lacked corporate demand, but it added that incentives and creative financing could change that assessment as could increased development in the city.