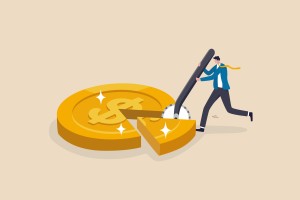 New Hampshire’s May unemployment rate of 2.1 percent, matching the lowest it has been in 45 years, has not translated into enough of a wage increase for employees.

Wages went up 4.4 percent compared to May 2021, according to U.S. Department of Labor statistics. People are working a few a bit more per week, but even then, weekly wages have gone up by 4.7 percent, and inflation has gone up 8.6 percent nationally in the same period.

The state has gained 20,000 workers in the past year, and nearly 4,000 in the last month. Still, there is an acute worker shortage, with the unemployment rate dropping from 2.3 to 2.1 percent in May.

The number of unemployment claims continue to fall. Last week, ending June 11, there were 281 new claims and continuing claims – which are filed by people already collecting benefits – are down to 1,464, according to statistics released Thursday morning.

Anecdotally, businesses report large wage increases, and there has been some variation by occupation.

Overall, hourly wages increased by $1.38 an hour annually, though they actually went down slightly from April by 11 cents. However, education and healthcare workers averaged $34.84, an annual increase of $3.12. Leisure and hospitality workers average $20.02, a $2.12 increase. (The averages includes executives and professionals in all the fields, so those figures are higher than the amount paid to lower-employees, such as licensed nurse assistants.)