As drought conditions spread across New Hampshire, ‘we’re in a bad place’ 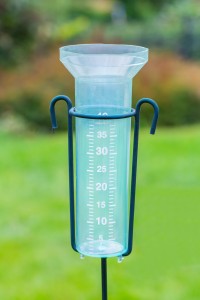 Dennis Schaefer and Cindy Shea breed and milk a small herd of goats on 2½ acres in Loudon. On a Sunday afternoon last month, while their 14 newborns cavorted around their pen, Shea watched hopefully as the sunshine gave way to a graying sky, then glumly said, “There’s no rain in those clouds.”  Schaefer fretted over whether the hay crop would see the herd through the winter.

Coming on the heels of last year’s drought, winter’s light snowfall and spring’s light rains have raised the prospect of New Hampshire’s third multi-year drought in the past two decades.  Tom Donovan, director of the Water Division at the New Hampshire Department of Environmental Services, said the agency has recommended that cities and towns restrict outdoor water uses and encourage water conservation measures.

Gov, Chris Sununu marked Earth Day by visiting a family whose well was replaced with funds from the Low-Income Residential Assistance Program, which was introduced last year.

“We’re in as bad a place now as this time last year, when we hit extreme drought conditions in August and September,”  Donovan said. “We have not recovered from last year’s drought ” he continued, recalling that, last October, DES foresaw the likelihood of drought continuing in 2021.

Groundwater levels have yet to fully recover from the dry conditions that began a year ago, and after rising with rain and snowfall in December have declined since, particularly in northern and western parts of the state, while remaining mixed in the Merrimack Valley and Seacoast. And stream flows are well below normal across most of the state.

The U.S. Drought Monitor from the U.S, Department of Agriculture and National Oceanic and Atmospheric Administration, measures the intensity of drought on a five-point scale, starting from DO, “abnormally dry,” and running through “moderate,” “severe” and “extreme” to D5, “exceptional drought.”

The latest weekly report of the Drought Monitor measures dry conditions throughout the state. North of a line running roughly from Salem to Hanover conditions are “abnormally dry” (DO) while south of the line — 42% of the state — they are in moderate drought (D1).

Whether dry conditions wax or wane will hinge on rainfall in the coming weeks. And forecasts vary. But the long-term outlook is promising.

The Three-Month Drought Outlook from the Climate Prediction Center foresees precipitation “tilting toward above normal” from the remainder of April until July,  when drought conditions would recede and end. But the near-term outlook places even odds on above, below and normal precipitation in May, along with higher-than-normal temperatures, which together could exacerbate and prolong dry conditions.