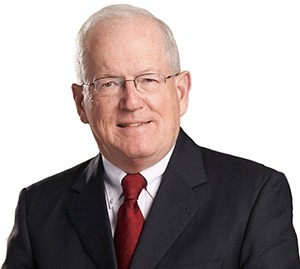 Brad Cook is a Manchester attorney, chair of the state Ballot Law Commission and co-chair of the Secretary of State’s Voter Confidence Committee.

Following the November election, it became apparent that voters split their ballots, and as races were decided, the New Hampshire House of Representatives margin narrowed. Indeed, at this writing, just before Thanksgiving, the GOP majority in that body appears to be two seats, 201-198 with one tie, subject to the action of the Ballot Law Commission on appeals from recounts.

Regardless of the ultimate outcome, a majority this thin means that the leaders of the parties, Speaker Sherman Packard and newly elected Democratic leader Matthew Wilhelm, would do well to come to some agreement on procedures which encourages cooperation and not gridlock. A few suggestions this writer has heard include eliminating partisan seating in the House chamber and restoring the former system where Democrats and Republicans are randomly seated so they get to know each other. Also, have chairs and vice chairs of committees come from different parties and institute other rules that encourage bipartisan action and process.

This may be aided, after the election results, by the defeat of some of the more extreme representatives, who held their respective parties hostage at times in the past.

Organization Day for the Legislature comes in early December, and the membership questions and rule proposals will have to be hashed out by then. Also, on Organization Day, the Secretary of State and State Treasurer are elected.

For the first time in almost a half century, William M. Gardner is not a candidate for Secretary of State, having retired last January. His successor, David Scanlan, deserves election to a full term for a number of reasons, including his deft handling of the recent election, improvements he has made to the office including a refreshing of its staff with many experienced lawmakers and officials, and his wealth of knowledge of how the office works.

Former Democratic Senator Melanie Levesque announced her candidacy against Scanlan. The first Black state senator in New Hampshire history, Levesque is a friendly, intelligent and able person. However, in terms of experience and knowledge of the complete workings of the office, the legislators should elect the incumbent to his own term.

Former Manchester Mayor and Executive Councilor Raymond Wieczorek passed away just before Thanksgiving, at age 93. This writer had the pleasure of knowing Ray Wieczorek for just about 40 years, as a neighbor, friend, fellow city officeholder and at the end, fellow board member, and was at a meeting with him just two weeks before his death. He was bright, contributing and as jovial as ever.

Born in Connecticut, he came to New Hampshire where he founded an insurance agency that still bears his name. He participated in civic affairs, was named to boards, got involved in politics by supporting others for city office, and, in 1989, was elected to the first of five terms as mayor. During his tenure, zoning in Manchester’s Millyard was changed to allow the development which has filled it with many different organizations in true mixed-use development.

Wieczorek had to guide the city through a recession and did so with humor and a steady hand. Dealing largely with aldermen from the Democratic Party, led by William Cashin, Republican Wieczorek fashioned compromise budgets and presided over development of the Manchester Airport, among other achievements.

While chairing the school board in the largest school district in the state, a unique responsibility of Manchester’s mayor, he demonstrated to me, a fellow school board member, great compassion and leadership when, early one morning, after a seven-hour-or-so meeting ending with a discipline hearing for a fifth-grader at 1 a.m., he announced that no child would ever go through that again, and assigned the duty to consider such cases to a special committee.

Defeated in 1999 by Bob Baines, Wieczorek later ran for and served on the Executive Council, a position for which he seemed especially suited, as a businessman and former mayor, and did so with distinction for several terms.

In retirement, Ray Wieczorek remained active from his house on, yes, Ray Street in the city’s North End. Ray Wieczorek was kind, intelligent and wise, and basically just a good person who served in the same fashion. His was a substantial and contributing life, well lived.

Brad Cook is a Manchester attorney, chair of the state Ballot Law Commission and co-chair of the Secretary of State’s Voter Confidence Committee. The views expressed in this column are his own. He can be reached at bradfordcook01@gmail.com.