All failure is not good

It can be a tool for learning and growth, but not always 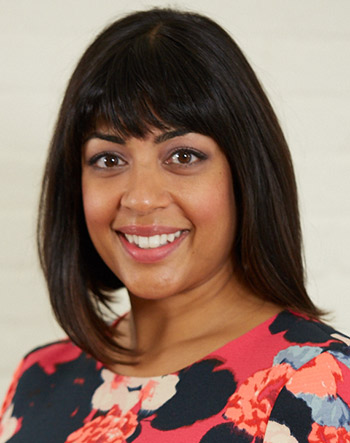 Type “mistake” or “failure” into your favorite search engine and you will see thousands of articles, videos, memes and inspirational quotes speaking to the superpowers of their namesake: “Failure teaches.” “Failure inspires.” “Failure is essential.” “Mistakes are opportunities to learn.”

But leave the search engines behind, and you’ll see that while the ability to make mistakes might be distributed equally, being understanding when failure actually happens is not.

In my experience, I find that the people who pitch failure as essential to success fail to recognize that a person’s response to failure is learned behavior and has a strong correlation to fear.

For example, my parents had a very simple rule about mistakes of any kind: if you made a mistake, there was hell to pay — whether it was a glass of spilled water at the dinner table or a ding put in the family car.

You can surmise that I quickly learned to limit the mistakes I made. I became a perfectionist. I also learned to associate failure with fear and shame.

Now 40 years old, while I reject the extreme philosophies of my parents, I learned to understand why they cultivated their approach. All failure is not good, and all failure will not lead to infinite wisdom and success, but you can develop some positive life skills:

• Empathy: Understanding that people’s opinions and behaviors are informed by the baggage they carry helps in self-management during times of failure. My parents were traumatized by their early days as immigrants and they wanted to protect me. In their minds, if I was perfect then I would be treated better, become successful and live the life they came to the U.S. to secure for me.

• Apologizing, explaining and justifying only when absolutely necessary: Acknowledgment and swift resolution are more impactful than hollow apologies and justifications. And trying to explain yourself just makes you look bad sometimes. Need to say sorry? Do it after you acknowledge the mistake and save the backstory for after the dust has settled.

• Understanding that not everything is about you. Did your supervisor blow up when you handed in a report with a typo? It’s probably not about you. Did the car you merged in front of lay on their horn and give you the finger? Not about you. Instead of making it about you and adding stress to an already stressful situation, let it go and move on.

• Asking open-ended questions. In times of failure, ask questions both introspectively (i.e., What could I have done better?) and to learn more about a reaction (i.e., What specifically did I do to upset you?). Caution: There have been times when I’ve done this and received more rage in return. The best follow-up advice I can give is: Don’t always expect an answer.

• Picking your battles: Sometimes resolution, mutual understanding or a positive outcome isn’t worth it. Not everyone will like you. Not everyone is working with a full deck.

• Leading by example: Always work from the assumption that people are watching and learning. How you handle failure — whether it’s yours or someone else’s — matters. When my daughter knocks over her water glass at the dinner table, I can tell you what I do not do. I don’t want my grandchildren to go through what I did at their age.

• Learning to let go: I still struggle with this but remember: s&@% happens. We have all met people who still bring up mistakes and failures long after their time. Do everything you can to not be that person.

• Knowing when to walk away: There comes a point when being around zero-tolerance people shifts from being a distraction to being destructive. Taking safety and other factors into consideration, it is essential to know “BATNA”: Best Alternative to a Negotiated Agreement. In short, who/what are you willing to walk away from? Know your personal BATNA.

I’m not trying to diminish the wisdom of celebrity pundits, but as “failure” continues to remain a topic du jour, it isn’t always a tool for cathartic learning and growth. Mostly, mistakes and failures are just a routine part of the day that can be disruptive, distracting and a downright bummer.

Pubali Chakravorty-Campbell, CEO of Human Resource Partners, can be reached at 603-749-8989 or through h-rpartners.com.