4,200 NH businesses are seeking help in $100m second assistance round 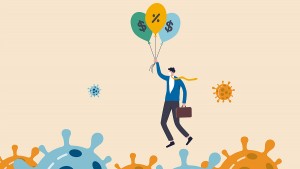 There’s a good chance you’ll find out complete election results before you find out how much your business will be receiving through the state’s Main Street Relief Fund 2.0.

The $100 million second round of the state’s Main Street program – the largest allocation of New Hampshire’s $1.25 billion in CARES Act funds – ended last week, but on Monday, said Alexander Fries, a spokesperson for the Governor’s Office for Emergency Relief & Recovery (GOFERR) said it “hoped to have additional details in the coming weeks.”

In the first, $342 million Main Street round in the spring, 5,400 Granite State businesses received funds within a week of closing, a speed that would make any federal agency blush. But in June the distribution was run by the state Department of Revenue Administration. This time, the DRA is updating its computer system, so GOFERR is trying to handle the job itself.

But this time around, even though the pot is smaller, some businesses may get more because fewer business have applied for funding. Some 4,200 submitted application compared to 13,000. Only 5,393 businesses were funded in that first round many were deemed ineligible.

A businesses must subtract its estimated revenue for the year from its actual revenue from last year. Then GOFERR comes up with a percentage of losses that could be covered based on the $100 million it is distributing. In the first round, the percentage was close to 17%.

There is also a $350,000 total cap on how much a business can receive from Main Street in both rounds, so those companies that got that maximum in the first round won’t be eligible for any on the second.

One reason there might be fewer applicants is that there are fewer businesses anticipating losses.

“The combination of GOFERR’s quick and efficient infusion of over $1 billion in coronavirus relief funds … and the resulting summer resurgence of the state economy led to many businesses to realize better revenue numbers than initially expected last spring,” said Fries.

That brings up another point: Businesses that took Main Street Relief grants were warned that they might have to pay back some of the money if their revenue drop wasn’t as severe as expected. But the DRA recently issued guidance indicating that they would only have to return money if the revenue in 2020 actually exceeded 2019, and then only the difference. They would have to pay it all back, however, “if there is fraud, intentional misrepresentation of projected losses, or a failure to submit all required final reporting,” according to the DRA.

Main Street 2.0 isn’t the only recent allocation by the state to aid businesses.

There was an allocation of $12 million for the Live Venue Relief Program, aimed at helping theaters that have been hit hard during the pandemic. As of Monday evening, none of that money had been distributed. But GOFERR has received 101 applications and “is hoping to finalize the review of the applications soon,” Fries said.

All told, some $1.247 billion of the original $1.25 billion in CARES Act funding received by the state from the federal government has been allocated, but only $830 million of it had been spent as of Oct. 23, leaving $416 million unspent, including Main Street 2.0 and the venue fund.

While the Main Street money will probably all go out the door some time this year, other funds may not by the Dec. 31 deadline when, under the CARES Act, the money has to be returned the federal government if it has not been spent – unless the lame duck Congress changes the law before then.

In New Hampshire, some of the unspent money is in the Housing Relief Fund – which helps tenants pay their rent –where $5.7 million of the allocated $20 million has been spent since July.