A pledge worth taking: reduce the property tax burden in New Hampshire 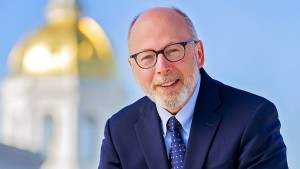 Granite Staters, in the midst of a pandemic and economic crisis, now face their biggest tax bill of the year: their property tax bill. To come out of the pandemic and economic crisis, New Hampshire needs a strong economy, good schools, a serviceable transportation system and broadband to every home. What we don’t need are politicians chained to the past by a failed tax pledge created by the Union Leader a half century ago that has resulted in our state having consistently and crushingly high property taxes.

New Hampshire can’t accomplish our goals if we continue to rely more heavily than any other state on the most archaic and unfair tax system possible. If elected governor, I pledge to reduce property taxes for the majority of New Hampshire residents. During Chris Sununu’s term in office, property taxes have gone up by $320 million, more than the increase during the three years following the 2008 recession, and his inaction will cause it to go up even more.

Does he even care? Tellingly Sununu is unwilling to devote any of the $1.25 billion in federal CARES Act money directly to property tax relief. While the governor obsesses about the largest 3% percent of businesses in our state, he ignores the local property taxpayer.

Here is how I will approach the problem.

First, we need to call it out — New Hampshire ranks first in the nation for relying too heavily on the local property tax, and that reliance prevents us from doing what is needed for our fellow citizens.

Second, we must set a goal of creating a fair revenue system that results in a reduction in property taxes for the majority of state residents, not just the wealthy.

Third, we must put all options on the table. Taking a pledge to veto any reasonable means to pay for important services like education isn’t leadership.

Fourth, I’ll explore new options. Unlike Sununu, I’ll legalize marijuana sales, just like every other New England state. We need to focus on how we can move forward. As your governor, that is exactly what I’ll do.

The property tax is like a second mortgage that everyone pays and that always goes up. Homeowners pay it directly, renters indirectly. New Hampshire businesses pay twice as much in property taxes as they do in business taxes. The property tax is also extraordinarily unfair.

Wealthy people who can afford homes on a lake or near a ski resort enjoy low taxes. Mitt Romney pays a property tax rate that is half that of a teacher in Manchester and one-third that paid by a worker between jobs in Claremont or Berlin.

Property taxes keep going up because politicians repeatedly shift state responsibilities to local communities and gobble up local revenues, often while reneging on promises not to do so. In the Claremont school funding case, where I led a volunteer legal team, the New Hampshire Supreme Court ruled that every child is entitled to an adequate state-funded public education, but 25 years later the state pays less than a quarter of the cost. The rest is paid by local school districts with widely varying abilities to pay.

The owner of a $200,000 home in Moultonborough pays $1,446 a year in property taxes. In Derry, the property tax on the same home is $4,766. In Claremont, it’s an outrageous $8,434. This is the tax system the Claremont case labeled unconstitutional for the arbitrary tax rates depending on where you live.

As governor, I’ll prioritize tax fairness for every Granite Stater, ensure the state lives up to its responsibilities, and lower property taxes while funding our schools fairly.

In the four years I’ve served on the Executive Council, my constituents from Keene to Rochester have shared their anxieties about the ever-increasing property tax burden forcing them to choose between food and medicine or paying their property taxes.

I have heard from young people and working people that affordable housing simply is not available. Towns with high property taxes can’t draw in small businesses. Retirees are forced to leave their homes.

In this time of the Covid-19 pandemic, many homeowners have lost their jobs and worry about paying property taxes. The economic crisis has also made clear how dangerous it is for our state to rely so heavily on property taxes.

Let’s plan ahead. The status quo cannot stand. This is the job of courageous leadership. New Hampshire desperately needs that leadership now.

District 2 Executive Councilor Andru Volinsky is running for the Democratic nomination for governor.