A law that’s not a law 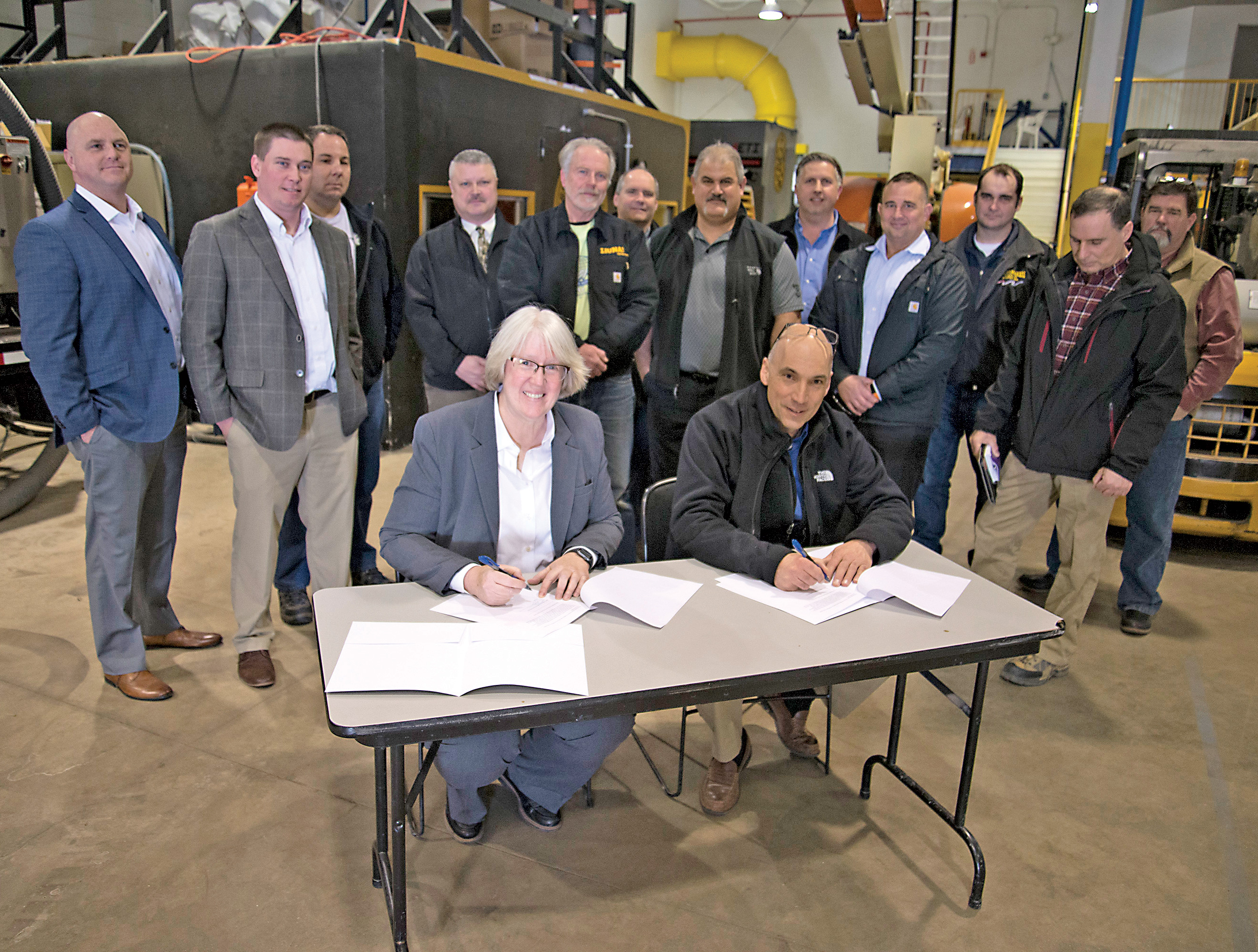 In 2016, the New Hampshire Legislature designated four stretches of state-owned limited access highway as “energy infrastructure corridors,” where pipelines and conduits could be placed underground within the rights-of-way. A year later, Liberty Utilities proposed “Granite Bridge,” a liquefied natural gas pipeline between Manchester and Stratham buried along Route 101, which is one of the designated corridors.

Or is it? For, although the project is proceeding, the bill establishing the energy infrastructure corridors, despite the endorsement of the Legislature and signature of the governor, was never enacted into law. Ultimately, it was “effectively repealed,” said Director of Legislative Service David Alikonis.

House Bill 626, which defined the corridors and prescribed the process for developing them, carried the House and Senate by voice votes and was signed by Gov. Maggie Hassan in June 2016. Aside from Route 101, between Interstate 93 and Interstate 95, the bill designated three other “energy infrastructure corridors”: I-89 from Interstate 93 to the Vermont border, I-95 between the Massachusetts and Maine borders and I-93 between the Massachusetts and Vermont borders, excluding 1.7 miles in the White Mountain National Forest. The corridors are optional, not required, sites for energy infrastructure and nothing in the bill limits the longstanding use of public rights-of-way by utilities.

Three sections at the tail end of the bill — “Updated and Revised Utility Accommodation Manual, Contingency and Effective Date” — have proved the most fateful. 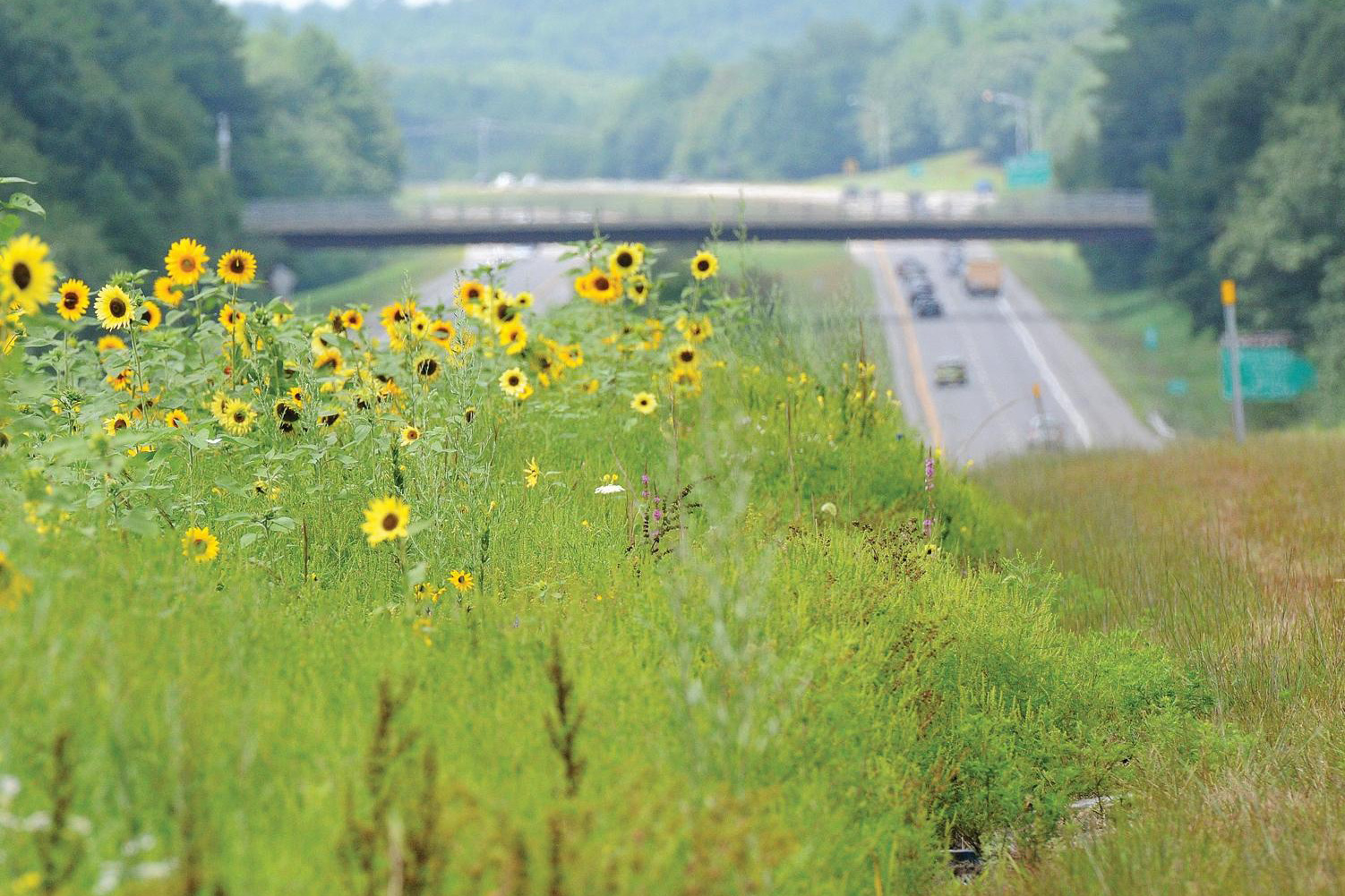 The manual is intended to regulate the siting of utilities and railroads within highway and railroad rights-of-way under the jurisdiction of the NHDOT commissioner. It includes certain administrative procedures and provides minimum standards for locating, installing, adjusting and maintaining these facilities.

The bill requires the NHDOT to update and revise the manual “to provide for the optional use of the energy infrastructure corridors.” And prescribes that the updated and revised manual “shall be approved by the Federal Highway Administration no later than June 1, 2017.”

The contingency echoes the bill by providing that if the updated and revised manual is approved by June 1, 2017, those sections establishing the corridors and the process for pursuing projects within them would take effect on July 1, 2017. If the manual is not adopted and approved by the specified date, the sections of the bill establishing the designated energy corridors, “shall not take effect.” Finally, the commissioner of NHDOT must certify the date the manual is approved to the secretary of state and director of legislative services.

Four months beyond the deadline, NHDOT Commissioner Victoria Sheehan wrote, “This manual in its entirety is hereby approved and declared in effect as of October 2017.” Consequently, without the timely adoption and approval of the manual, House Bill 626 failed to become law.

The bill would have created a new statute — RSA162-R — entitled “Energy Infrastructure Development and Corridors” in Title XII of the New Hampshire Statutes, “Public Safety and Welfare.” RSA 162-R is not on the books.

HB 626 passed away peacefully and quietly, with neither regrets nor condolences from its sponsors and supporters.

Curiously, in 2018, lawmakers, at the request of NHDOT, introduced legislation amending the ghostly RSA 162-R to require that revenue accruing from the use of energy infrastructure corridors within the turnpike system be deposited in the turnpike fund. The bill passed by voice votes in the House and Senate and was signed by the governor. But, without a statute to amend, became nothing more than a blush on a dead man’s cheek.

Nonetheless, Liberty Utilities continues to refer to the corridor in its materials, explaining and promoting the $440 million project. And the company is not alone. 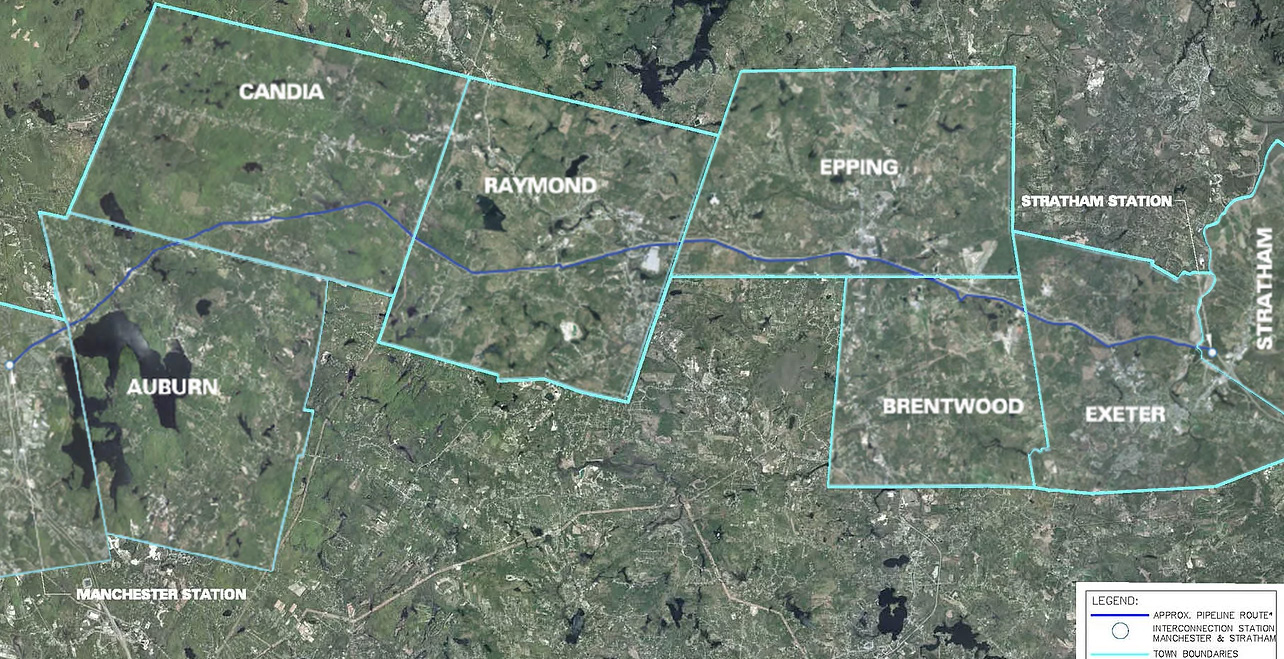 When Liberty Utilities announced that 22 of 24 state senators endorsed the Granite Bridge Project, then-Senate President Chuck Morse, R-Salem, noted, “Taking advantage of existing infrastructure and using an energy infrastructure corridor is a commonsense approach.” And Sen. Martha Fuller-Clark, D-Portsmouth, said, “As a sponsor of the legislation that created energy infrastructure corridors in New Hampshire, I am pleased to see Liberty Utilities using the corridor along Route 101 as a means to minimizing the environmental and property impact when siting an energy project in our state.”

In a statement to NH Business Review, John Shore, senior manager of communications for Liberty, said, “We are proud to be the first to propose a project in an energy corridor designated by the Legislature. The pipeline is located entirely within the state right-of-way and requires no takings by eminent domain and crosses no private properties.” He said the pipeline would be designed and constructed in accordance with the DOT’s manual.

Shore said he anticipated the project would be approved by the Public Utilities Commission by the close of this year and presented to the Site Evaluation Committee next year. “We are looking to begin work in the next 18 to 24 months,” he said.

HB 626 provided for developers to ask NHDOT to review the feasibility of the project and, within 30 days, either accept the proposal as complete or seek further information. Once the agency deems the proposal complete, it has 60 days to determine that it is feasible and complies with all relevant standards and regulations then another 60 days to submit its report to the Site Evaluation Committee for a final decision.

The manual describes a similar process for projects within the right-of-way of a highway with “freeway characteristics.” But it requires developers “to demonstrate that an extreme hardship would be imposed on the utility and/or the consumer should approval be denied.” Furthermore, they must show that alternate routes are either not available or feasible, or cannot be developed, operated and maintained to provide efficient service at reasonable costs. Neither of these conditions would apply within an energy infrastructure corridor.

Meanwhile, opposition to the project has emerged in Epping, where Liberty Utilities plans to construct a liquid natural gas storage facility on 15 acres of an 140-acre abandoned quarry in the western part of town to support the 27-mile pipeline. The company says the tank would serve consumers by increasing the reliability of service and decreasing exposure to rising winter prices.

At town meeting in March, a group calling itself “Citizens for Local Control” presented a non-binding resolution declaring the storage tank should not be built in Epping without the vote of residents. The “Right to Decide Resolution” carried by a 654-222 vote.