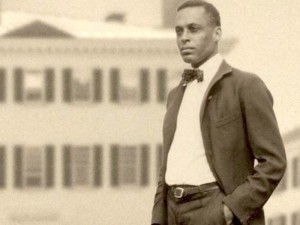 A $20 million gift from Dartmouth alumni Eileen Chamberlain Donahoe and her husband John Donohoe will be used to expand the college’s E.E. Just Program, named for a prominent African-American biologist who graduated from Dartmouth in 1907.

An alumni couple has given Dartmouth College $20 million to boost efforts to draw more under-represented groups to the fields of science, technology, engineering and mathematics and to encourage more such faculty members early in their careers.

The gift is jump-starting a $60 million initiative to “to support diversity, equity and inclusion in STEM at Dartmouth through faculty diversity, student support, and community building efforts,” Dartmouth said in a news release Sunday evening.

The money from the Donahoes will establish a fellowship for six “early-career” members of the Dartmouth faculty in STEM fields and also endow and expand Dartmouth’s existing E.E. Just Program, named for a prominent African-American biologist who graduated from Dartmouth in 1907. The program is intended to provide mentorship, research opportunities and internships and academic enrichment programs for “historically underrepresented students” in STEM fields, according to Dartmouth.

The gift is from Eileen Chamberlain Donahoe, a 1981 Dartmouth graduate and college trustee, and her husband John Donohoe, a 1982 Dartmouth graduate and CEO of Nike. Chamberlain Donahoe is executive director of the Global Digital Policy Incubator at Stanford University and was a U.S. ambassador to the United Nations Human Rights Council during the Obama administration. Her husband is also the former CEO of eBay and PayPal.

Dartmouth President Phillip Hanlon said the “extraordinary” gift will allow the school to “pursue programs that help create a racially and ethnically diverse talent pipeline for the next generation of engineers, doctors, computer scientists and the professors who will teach them.”