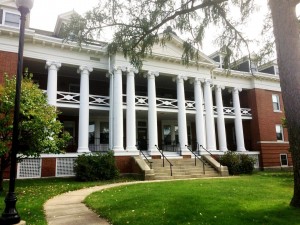 A $644,000 grant and subsidy and $650,000 loan from the Federal Home Loan Bank of Boston will help fund acquisition and rehabilitation of 37 rental apartments at Mary Gale Apartments in Manchester.

The projects, funded in part through FHLBank Boston’s Affordable Housing Program, will create or preserve 128 rental and homeownership units for individuals and families earning up to 80% of the area median income.

The grants and loans will be used to help pay construction, acquisition or rehabilitation costs. Member financial institutions work with local developers to apply for funding, which is awarded through a competitive scoring process.

The funds are awarded to projects through financial institutions that are members of FHLBank Boston. Initiatives receiving support were:

• Boston Capital Development LLC and Nashua Housing and Redevelopment Authority’s ​Bronstein Redevelopment, which received a $999,000 grant and subsidy and $5.3 million loan through Eastern Bank. The project involves demolition and new construction to create 50 rental apartments on a 4.2-acre site in Nashua. It is the first of two phases that is planned to ultimately create 216 affordable units.