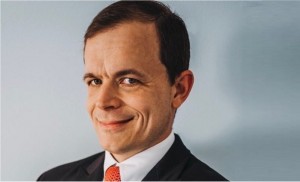 Here is some good news for New Hampshire employers: While unemployment tax rates are going up, another major payroll deduction – workers’ compensation – is continuing to go down, though not as much as in recent years, according to the New Hampshire Insurance Department.

The National Council on Compensation Insurance, or NCCI, which calculates claims for insurance carriers, says losses have gone down by 1.8%, on average, in New Hampshire, a figure approved by the Insurance Department.

The loss cost is the portion of an employer’s insurance premium that pays claims costs for work-related injuries. The loss cost is ultimately used by insurers to set rates and premiums in the voluntary market, so those rates should go down – as a whole – by roughly the same amount.

Still, individual rates depend on your carrier, your industry and your experience. Manufacturing and contracting costs went down the most: 3.2% and 3.1%, respectively.  Only rates for “miscellaneous” industries have gone up, by 1.2%. That category includes tree pruners, drivers, air line crews, utility workers and garbage collectors.

The latest decrease has nothing to do with the pandemic.  NCCI’s recommendation isn’t based on this year losses, but the year before.

New Hampshire is in line with 37 other states that use NCCI,  according to an Insurance Department spokesperson, so there is no reason to pat ourselves on the back.