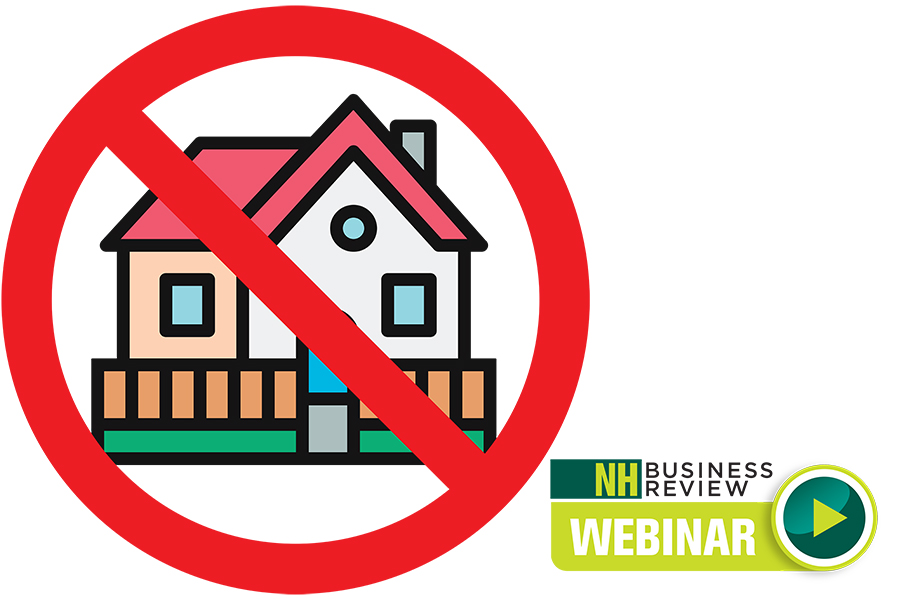 Join our panel of experts and guests from businesses around the state to discuss the state of New Hampshire’s housing crisis, its causes, the risks it poses to businesses (and their customers and employees) and most importantly, what business leaders can do to help find solutions. 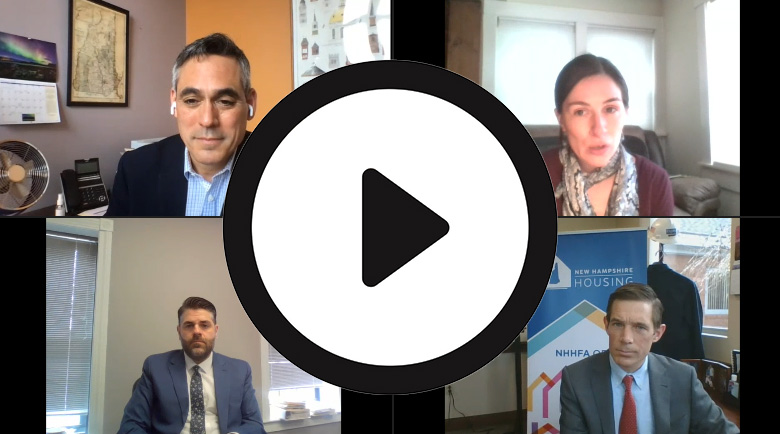 Additional resources shared during this presentation: 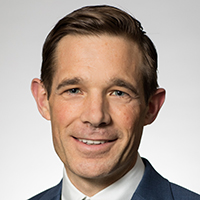 Rob Dapice is the Executive Director/CEO of New Hampshire Housing. Prior to joining New Hampshire Housing in 2014 and serving in various roles in the Management and Development Division (overseeing multi-family housing) until 2021, Dapice served as a project manager for North Branch Construction. He also was a captain in the U.S. Army and served in Iraq.

Dapice serves on various volunteer boards, including the New Hampshire Children’s Lobby, Waypoint Manchester Advisory Board, and his town’s Planning Board. A resident of Contoocook, he earned a bachelor’s degree from Dartmouth College, and a Master of Business Administration degree from the University of New Hampshire. He is a member of the Leadership New Hampshire Class of 2017 and a graduate of the U.S. Army Ranger School. 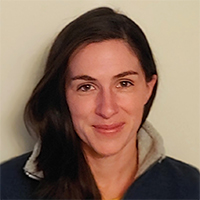 Kaela is the Community and Economic Development Planner at North Country Council.  She has studied community development, applied economics, and urban planning at the University of Vermont and Hunter College, Kaela brings over ten years of experience as a professional planner to her work and the region. Throughout her career she has worked in a housing and homelessness policy at the federal and local levels, as a municipal planning director for communities in VT and RI, and as a regional planner in NH. She is well versed in technical development review, comprehensive planning, housing policy and economic development. Outside of the office, Kaela operates a family-owned flower farm and is often found mountain biking or snowboarding. 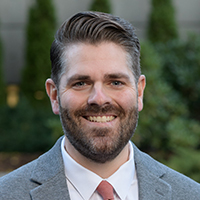 Michael Skelton currently serves as President and CEO of the Business and Industry Association (BIA) of New Hampshire, the state’s leading business advocate and statewide Chamber of Commerce. In this role, Michael is responsible for guiding the strategic direction of the BIA and serving as the chief advocate and spokesperson for New Hampshire’s business community. Previously, Michael served as President and CEO of the Greater Manchester Chamber, the state’s largest regional Chamber of Commerce. In total, Michael has more than 12 years of leadership experience in the Chamber of Commerce industry and brings a background in public relations, media relations, economic development, and government affairs to his roles. In addition to his Chamber background, Michael also previously served as media spokerson for Public Service of New Hampshire (now Eversource), the state’s largest electric utility, where he was responsible for representing the company in front of local, state, and national media.

Michael is member of the Board of Directors of Amoskeag Industries, a member of the Board of Trustees of Manchester’s Palace Theatre, and was appointed by Governor Sununu to serve as a Board member for the New Hampshire Housing Finance Authority. He also was named to the 2014 class of New Hampshire’s “40 Under Forty” young leaders by the Union Leader and New Hampshire Business Review’s “NH 200: The Granite State’s Most Influential Business Leaders” in 2021. Michael lives in Bedford with his wife Emily and their two children, Colin and Eleanor.

The free Work! As Learning program will connect students and employers while supplementing compensation that employers provide to their student employees.

Key Trends to Watch in Commercial Real Estate for 2022

What’s in store for commercial real estate following the pandemic-affected years of 2020 and 2021?

A panel of experts from around the state will discuss the state of New Hampshire’s housing crisis, its causes, the risks it poses to businesses (and their customers and employees) and most importantly, what business leaders can do to help find solutions

Business Surveillance: Protecting Yourself and Your Business

How businesses can properly use surveillance technology, legal issues to watch out for and what benefits come with installing systems.

A good business succession plan needs to cover many scenarios, and often people neglect to account for unexpected life changes or divorce.

Webinar: Taking your business skills to the next level

Leaders have the power to transform the workplace culture. The most powerful organizations make it possible for employees to remove the mask of fear and shame and speak openly about mental health.

The Impact of the Housing Shortage

The lack of housing options in the state not only affects residential buyers, but high rents and tight inventory make attracting young professionals and top talent to the area increasingly difficult as well.

Trends in Broadband: Meeting the Video Demands of a New Workplace Paradigm

Can employers require certain connectivity levels of employees who wish to work remotely?