Disparities in economic opportunity, education, health care, and more, give us the answer 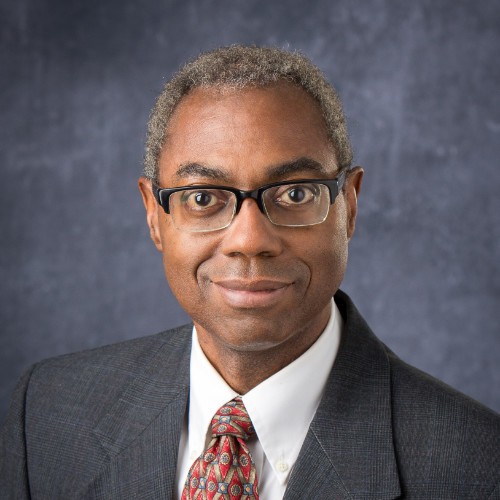 Several prominent people have made the statement that systemic racism does not exist here in New Hampshire. What does that statement mean? Is it true? What might that mean for us?

To answer these questions, as with any question being examined, it may be helpful to define some terms. So, let me begin by defining some terms I think are important for this question: “race”, “prejudice”, “discrimination”, “codify”, “system”, “systemic”, “ism”, and “racism”. Then I will put the terms together to form a definition of “systemic racism”.

“Race,” as defined by Merriam-Webster, is “any one of the groups that humans are often divided into based on physical traits regarded as common among people of shared ancestry”. Colloquially it is used to refer to groups of people who are black bodies, brown bodies, red bodies, yellow bodies or white bodies.

“Prejudice,” as defined by Merriam-Webster, is “an adverse opinion or leaning formed without just grounds or before sufficient knowledge”

“Discrimination,” as defined by Merriam-Webster, is “prejudiced or prejudicial outlook, action, or treatment”.

“Codify” as defined in Longman Dictionary of Contemporary English, is “to arrange laws, principles, facts etc. in a system.”

“System,”, as defined by Merriam-Webster, is “a regularly interacting or interdependent group of items forming a unified whole”. Organizations (including Institutions) develop, execute, and maintain systems to get work done.

“Systemic,” as defined by the Merriam–Webster, is “of, relating to, or common to a system.” Institutions implement systems to get things done.

An “ism,” as defined by the Merriam–Webster, is “an oppressive and especially discriminatory attitude or belief”.

“Racism,” as defined by the Merriam–Webster, is “a belief that race is a fundamental determinant of human traits and capacities and that racial differences produce an inherent superiority of a particular race” and “the systemic oppression of a racial group to the social, economic, and political advantage of another.”

Social psychologist and cultural diversity scholar James M. Jones of the University of Delaware theorized that there are three major types of racism: personally mediated, internalized and institutionalized, aka “systemic” or “structural” racism

According to Glen Harris, president of the New Race Forward, systemic racism is “the complex interaction of culture, policy and institutions that holds in place the outcomes we see in our lives.”

Another instructive definition from Sir William Macpherson is, “The collective failure of an organization to provide an appropriate and professional service to people because of their color, culture, or ethnic origin. It can be seen or detected in processes, attitudes, and behavior that amounts to discrimination through prejudice, ignorance, thoughtlessness, and racist stereotyping which disadvantage minority ethnic people”.

To say this in another way, organizations and governments codify behavior by defining systems in terms of principles, policies and procedures. This codification can intentionally or unintentionally prevent, encourage or allow for discrimination. Thus systemic racism is the intentional or unintentional action of an organization or institution of codifying and exhibiting racial discrimination through principles, policies, procedures or laws.

This codification and behavior, in many cases, have failed to ensure people of color have been treated with dignity and respect.

What it all means

When someone says “systemic racism does not exist in New Hampshire,” it seems to reflect an absolute, all-encompassing belief. It seems to reflect a belief that all organizations (public and private) provide an appropriate and professional service to people regardless of their color or ethnic origin. It seems to reflect a belief that no organization (public or private) in New Hampshire and no laws at any level (local, county, or state) have processes or attitudes or allow behavior that amounts to discrimination through prejudice, ignorance, thoughtlessness and racist stereotyping which disadvantage minority ethnic people.

Statistics show that systemic discrimination against people of color DOES occur in New Hampshire.

Wealth: The Center for American Progress reports that African Americans in New Hampshire are twice as likely to be in poverty than Whites.

Housing: The New Hampshire Housing Finance Authority reports that there were 110 complaints of racial discrimination over the past 5 years.

Criminal Justice: The Prison Policy Initiative reports that African Americans are 7 times more likely to be incarcerated than Whites.

Health Care: According to New Hampshire Department of Health and Human Services, African Americans and Latino citizens are twice as likely to contract Covid-19. Statewide studies by the Minority Health Coalition show dramatic differences in health insurance coverage by race, with 89% of non-Hispanic Whites reporting having coverage in 2002, and only 62% of African descendants and 38% of Latinos reporting health insurance coverage in New Hampshire. The coalition also found racial and ethnic disparities in weight and weight control, as well as prevalence of hypertension.

Some might argue that the existence of these disparities or examples is not evidence of systemic racism. However, consider how widespread the data is across the state and not just in one or two towns where there are more people of color. And the fact that disparities exist at all indicate a failure of the systems to provide appropriate and professional service to people of color. These are further the proof that the discrimination is systemic rather than episodic.

I believe we have to start with the question: “What do we value here in New Hampshire?” Do we value equality of opportunity? Do we want to live in a world where white bodies and bodies of color have equal opportunity? If so, then to eliminate the disparities caused by systemic racism toward people of color we must get comfortable with the discomfort of talking about racism; accept and expect equitable (not equal) treatment of people of color; and take action against discrimination whenever we see it. Otherwise, the disparities will remain and we will not have equal opportunity to enjoy the New Hampshire dream of living free.

James T. McKim Jr. is president of the Manchester NAACP.