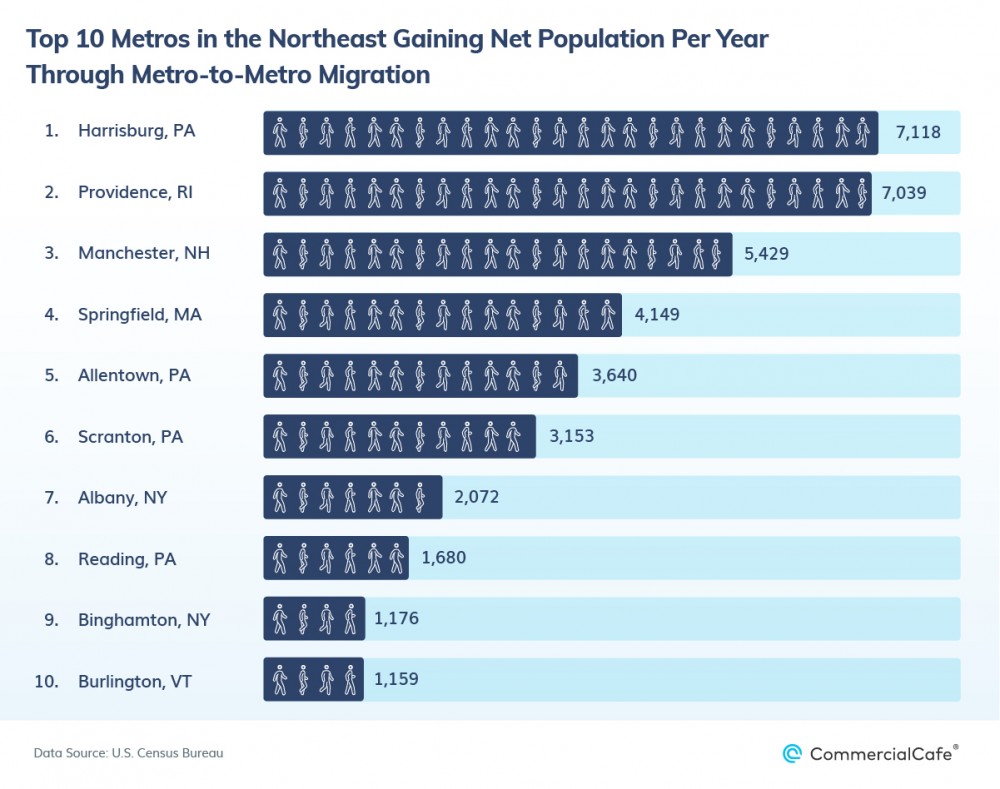 Greater Manchester is the third fastest-growing metropolitan area in the Northeast, according to a study by Commercial Café, a commercial real estate blog.

According to the study, the Manchester area gained an average of 5,429 residents per year from 2015 to 2019, or approximately 1.3 percent of its total 2020 population. The growth was thanks almost entirely to an influx of people from the Boston metro, with significant but far smaller number of relocations from Worcester, Mass., and New York City.

The study said the Manchester area is attractive to relocators due to its affordability, especially when compared to the metros from which it gains residents, as well as what is viewed as a more business-friendly climate.

The growth of Manchester is reflected in other similarly sized metro areas in the Northeast gaining population from larger nearby metropolitan areas, the study found.

Topping the Commercial Café list was Harrisburg, Pa., which gained an average of 7,118 residents a year over the 2015-19 period, from Philadelphia, York and Lancaster, Pa. No. 2 was Providence, R.I., with an average 2015-19 population gain of 7,039 residents. Like Manchester, most came from Boston, with some also coming from New York and Worcester.