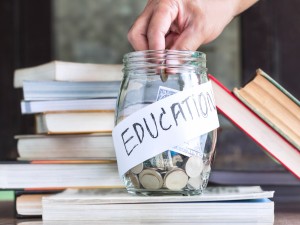 Amid a pandemic and economic recession, the next chapter of New Hampshire’s long-running school-funding saga is being written at both the State House and state Supreme Court.

More than a decade of litigation was capped by the two foundational Claremont decisions in 1993 and 1997 when the Supreme Court ruled that the state has a constitutional obligation to provide an adequate education funded by taxes “equal in valuation and uniform in rate” throughout the state.

But a quarter of a century later, the state has yet to comply with the order of the court. And the inequitable local property tax burdens and disparate educational opportunities among the 167 school districts that prompted it still persist. And in 2019, Justice David Ruoff of the Cheshire County Superior Court, in a suit brought by the ConVal, Winchester, Mascenic and Monadnock school districts, held that after 20 years the state has yet to fulfill its constitutional obligations.

Last year, the Legislature established a Commission to Study School Funding, the third since the Supreme Court ruled in 1997. The

commission is chaired by Rep. David Luneau, D-Hopkinton, vice chair of the House Education Committee and its 16 members include state lawmakers, education officials and members of the general public.

With a budget of $500,000 the commission has contracted with the Carsey School of Public Policy for $455,457 to provide logistical support, conduct research and manage communications, of which $159,963 will be paid to the American Institute for Research (AIR) to gather data and analyze programs from other states.

When the fiscal policy and adequacy work groups met in June to address the legal and fiscal aspects of the issue, it was presented with two fundamentally different approaches to the problem, which echoed the debate that has simmered for the past 20 years.

On the one hand, attorneys Michael Tierney, who represents the districts in the ConVal suit, and John Tobin, a lead attorney in the Claremont litigation and one of the organizers of the New Hampshire School Funding Fairness Project, both advised the commission that to fulfill its duty to provide an adequate education, the state must increase its share of school funding by at least $1.6 billion, which represents only a share of the cost currently borne by local property taxpayers.

On the other hand, attorney Bill Ardinger of the tax team at the firm of Rath, Young and Pignatelli and the governor’s appointee to the commission, favors distributing an indeterminate but much lesser amount of state dollars by a formula weighted to target funding to the relatively property poor municipalities.

In fiscal year 2018-19, school district revenues totaled $3.29 billion. Property taxes represented 73.3% of the total, with local property taxes accounting for 62.1 and the statewide property tax — $363 million levied by the state but retained by the municipalities — for 11.2%. State aid, funded by a potpourri of taxes, amounts to 19.9%, and federal aid, food service and tuition fees made up the balance.

In effect, as Tobin told the commission, the relative shares of state education aid and local property taxes today are much as they were before the court ruled in the 1990s.

Where the ConVal suit stands
The ConVal school-funding suit is now in the hands of the state Supreme Court after the state appealed. Some 25 school districts, represented by attorneys John Tobin and Natalie Laflamme of the New Hampshire School Funding Fairness Project, have filled an amicus brief in support of the plaintiffs.
The 25 districts include six of the state’s 13 cities, five regional districts and 14 rural districts, altogether representing about a third of all public school students in the state.
In its answering brief, the state, without addressing the merits of the case, argues that the Superior Court’s decision is riddled with procedural flaws and urges the court to dismiss the case altogether or remand it to the Superior Court for a full trial. Tobin described the state’s move as a ploy to forestall resolution of an issue that has smoldered for nearly 40 years.
Oral arguments, which had been anticipated to be held in September or October, have yet to scheduled.

Tierney explained that the Legislature pegged the cost of an adequate education for the current biennium at $3,709 per student. At the same, he said, no district spends less than $12,000 per student, leaving local property taxpayers to fund the difference. Twice since its original decision, he noted, the court has ruled that ”none of that financial obligation can be shifted to local school districts regardless of their relative wealth or need.”

Since equalized property values vary so widely among school districts, the property taxes they must collect to offset the shortfall are levied at very unequal rates.

“We already spend the money,” Tobin told the commission, “the only question is how we raise it.”

He explained that the state collects revenue from a variety of taxes, all levied on equal values and at uniform rates, then distributes it in different amounts for various purposes across the state. “We raise the money everywhere and allocate it where it is needed,” he said. “All of the kids are all of our responsibility, and we all have to pay the same tax rate to pay for those kids.”

Ardinger said he found “a disconnect” in the presentations of Tierney and Tobin. He described the Claremont decision as “a tax case” that turned on the disproportionate and unreasonable property tax rates in relatively property poor municipalities.

Noting that the plaintiffs in the ConVal suit have asked the court to order the state to distribute $9,929 per pupil to every school district, Ardinger said “that will not reduce in any way the disproportionately unreasonable tax burdens on the property poorer communities.”

He added, that, “mathematically, it cannot be a remedy. Get the dollars to the true plaintiffs,” he added, “the property-poorer communities.”

Ardinger calculated that $9,929 per student spread over a total enrollment of 165,000 students amounted to $1.6 billion, an increase of 60% in state funding.

But Tierney reminded him that districts are spending on average of between $18,000 and $19,000 per student, and none less than $12,000. With 165,000 students, he said, “this is a very large number and a substantial portion of that is the state’s obligation. It’s not an increase. It’s who is responsible for paying for it.”

And he stressed the court has repeatedly ruled that “the entity that has to pay for it is the state.”

Returning to targeted state aid, Ardinger claimed “even if the Legislature wanted in the core of its distribution formula to focus on remedying the lack of opportunity in property or otherwise less-resourced communities, then it couldn’t because the court said you can’t have that kind of discretion in the appropriation and distribution of funds.”

He said that once the commission has marshaled the data identifying the inequities and disparities, “it will become almost a moral imperative to focus precious state aid in a way that remedies or tries to remedy those inquiries of opportunity.”

However, Ardinger overlooked an important provision of the court’s decision in the Claremont case.

While affirming the fundamental constitutional right to a state-funded adequate education, the justices emphasized that “it is not the right to horizontal resource replication from school to school and district to district.” In other words, the court recognized that the cost of an adequate education may vary among schools and districts and did not restrict the authority and discretion of the Legislature in appropriating funds.

In fact, the current formula for distributing state aid, though starting from a per-pupil cost of an adequate education, includes additional differential aid based on the number of students eligible for free and reduced price lunch and receiving English language instruction as well as the equalized property value per student of the municipality.

If there were equitable taxation, he said, that would lead to sufficient funding to achieve a common outcome from one place to another.”

At its last meeting in June, the commission turned to statewide property taxation.

Doug Hall of the New Hampshire School Funding Fairness Project reminded the commission that a statewide property tax has been on the books — though not always collected —since before New Hampshire became a state and has remained there in one form or another ever since.

The current statewide education property tax, or SWEPT, is levied at a rate of $1.92 per $1,000 of assessed value, or $363 million. James Gerry, director of the Municipal and Property Division of the DRA, is collected and retained by the municipalities. Where proceeds from the SWEPT top the cost of an adequate education, the funds are kept by the local school districts, which receive no other state funds, and can be applied to any legitimate educational expense.

Legislative Budget Assistant Michael Kane explained that although revenue from the SWEPT never passes through the state’s hands, it is booked as a state revenue and state appropriation as well as included in the Education Trust Fund.

Fred Bramante, who first championed a statewide property tax over 20 years ago in the throes of the Claremont litigation, told the commission it would have solved the problem then, and “I still think it’s the right formula.” He recalled that in 1995 he proposed levying the tax at the uniform rate of $6.60 per $1,000 of assessed value, which would have provided approximately half what was then the average cost of about $7,500 per student across the state.

Bramante noted that the property tax base is not only large and stable, but also has grown — but for a few “hiccups” — at an annual rate of 9% for 50 years. He said the state should levy the tax at a uniform rate, collect the revenue and distribute among school districts based on their relative need.

“It’s the right thing,” he said. “There are communities in this state that are not sharing the burden of the state portion of the responsibility for education,” he continued. “Everybody needs to share in the cost and they need to share equally,” he said.