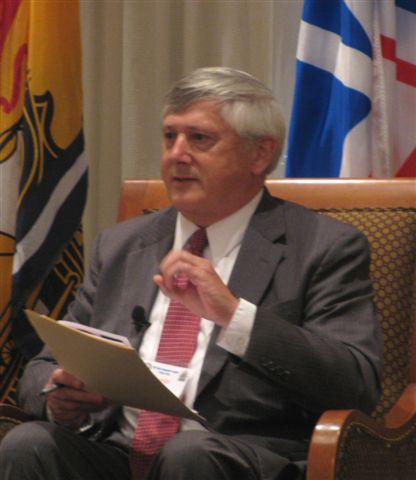 “We’re stalled, but we’re not stopped,” said George Bald, chair of the Lakeshore Redevelopment Planning Commission after Gov. Chris Sununu’s veto in July of legislation that would have established the Lakes Region Development Authority to manage the redevelopment of the 200-acre tract that first housed the Laconia State School and later a minimum custody prison.

The legislation was one of 41 sections of a 77-page omnibus bill addressing various aspects of state and local government. Bald said the governor told him that his veto was not motivated by the establishment of the authority but by other sections of the bill.

Sen. Chuck Morse, R-Salem, who introduced the legislation to establish the LRPC as well as the bill to establish the development authority, said he was “disappointed” by the veto, but added that he too spoke with the governor and added that “it certainly was not about Laconia.”

He said that the legislation “will be back in January, and we’ll get it done.” He praised the work of the commission and said their efforts will not go for nothing.

In his veto message, the governor expressed concern “that significant portions of this legislation have not had a chance to go through the public hearing process in the House” and that its components “do not relate to one another, making it more perplexing that they would send all these proposals in a single package.”

However, Sununu earlier had expressed strong misgivings about both investing state money into redeveloping the property and establishing an authority to manage the project. He balked when the LRPC requested $16 million in state bond authorization to construct roadways and install water and sewer lines on the property. And he called the authority “a terrible idea,” which like the Pease Development Authority would operate in perpetuity.

In fact, the LRPC actually sought $2 million in bond authorization to provide matching funds for grants and other capital contributions, but was required to report the full cost of the infrastructure project in support of the request. As for the authority becoming a perpetual agency, the legislation expressly provided that it would be dissolved in 2026 unless it were reauthorized.

Bald said that work to remove chemical contaminants from the property will begin shortly, followed by delineation of the wetlands, which will facilitate planning for infrastructure and redevelopment.

“The commission is still in business,” he said.

Laconia Mayor Andrew Hosmer told The Laconia Daily Sun that “this is once again another setback to the city of Laconia as we attempt to move this property from state control into private hands. The governor knew how important it was to the future of this city. My concern is that politics played a role in this.”

The state, Hosmer said, “took it over, they polluted it and it is their obligation that it is cleaned up and prepared for the next use. It’s high time for the state to step up and fulfill its obligations.”

Meanwhile, each year the state spends more than $300,000 to maintain and police the property – a cost it has borne since the state prison closed in 2009, much to Morse’s chagrin.