Revenue and workforce worries top the list, and some fear they won’t stay open after Covid 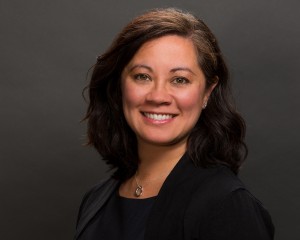 ‘We knew businesses were struggling, and we quantified the problem,’ said Liz Gray, director of the New Hampshire Small Business Development Center, which conducted the survey.

More than four out of five New Hampshire businesses have lost revenue, more than 40% have had to cut workers, one of six are not sure they’ll be around in a year, and most of those that expect to survive still don’t have any plans to prepare for the next crisis.

Those are some of the findings from a “Business Resiliency Survey” of more than 1,549 Granite State businesses organized by the New Hampshire Small Business Development Center through some 56 business groups

The survey, conducted from June 10 to June 24, just as the state was ending its stay-at-home order, was diverse both geographically and by type of business, but it was mostly aimed at smaller firms.

The average number of employees reported by the firms was nearly 18. (It was 22 pre-Covid). Some 49% of respondents were considered essential businesses, but 17% of them shut down anyway, mostly due to health and safety concerns, although about a third did so because of reduced revenue. Nearly a quarter said they didn’t open because employees were unwilling or unable to work.

Those that were forced to close lost a lot more revenues than those that stayed open, the survey found.

In some ways, the survey – funded through the SBDC’s $1.28 million CARES Act funding expenditure – found what most people expected to find.

“We knew businesses were struggling, and we quantified the problem,” said Liz Gray, director of NHSBDC.

“It was pretty stark how many businesses were losing revenue,” said Sean McKinley a research associate the Survey Center, noting that nearly half the businesses lost half of their revenue and 83% experienced some revenue loss.

Even more disturbing was the 17% that said they were not confident that they will survive in 12 months, and the 11% that doubted they would last even a month.

Less than half thought the economy would bounce back in six months and about a third said it would still in trouble after a year.

Some 92% their biggest concern is maintaining revenues, and 85% said it was maintaining customers. Some 64% said they were concerned about paying their bills, 61% were worried about access to capital, and more than half expressed concern about supply chain disruptions or getting enough personal protective equipment.

Also, 45% were worried about laying people off and 41% about being able to bring people back.

But there was good news too. Many companies have instituted practices to survive, and most of those that did said they would continue those practices even after the pandemic subsides.

“That was a real eye-opener – the enduring effect this will have on business,” said McKinley.

For instance, 92% of 249 business that switched to e-commerce plan on continuing. And a similar percentage that started collaborating with other businesses said that would continue too. Some 82% to those offering new products and services will keep offering them, and 70% of the businesses that started work-at-home policies said they will continue.

“This crisis has gotten people to think creatively, and businesses have done that,” said Smith.

It also got businesses to think about being better prepared for future emergencies, said Gray.

Indeed, she said, the biggest takeaway for her was the section on “resiliency plans” in case of emergency. Less than a fifth had them, and more than three-quarters said they wanted to develop them.

That’s important, added Smith, since the pandemic wasn’t the first economic crisis in recent times (think 9/11 and the Great Recession) and probably won’t be the last.

Helping companies develop resiliency plans is where much of the rest of the SBDC’s CARES Act money will be spent, Gray said.

“The goal of the Business Resiliency Survey was to better understand the challenges and needs of small businesses across the state so we can more effectively help them recover, reopen and become more resilient,” said Gray.

According to the survey: