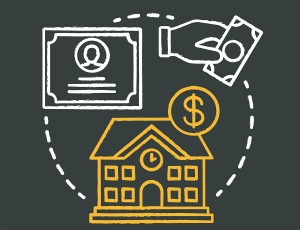 For the first time, a comprehensive statistical analysis has confirmed that New Hampshire’s system for funding public schools fosters inequitable educational opportunity and achievement among students while placing inequitable burdens on taxpayers.

The report was prepared by the American Institutes for Research, a national firm with a long history of studying the financing of public education across the country, for the Commission to Study School Funding established by the New Hampshire Legislature last year.

In New Hampshire, local property taxes represent nearly three-quarters of the revenue applied to support public education. The report draws on data measuring the fiscal capacity and school budgets of all districts then matches the fiscal data to measures of educational achievement in those same districts. In particular, the report tracked the distribution of funding among districts with respect to their relative property wealth.

At the same time, the AIR report applied several criteria to measure how student achievement varies among districts with the different characteristics of their student populations. This data indicates how the cost of providing an adequate education differs from one district to another and how a formula for distributing funds might be tailored to needs of particular districts.

The report found that districts with the largest share of students eligible for free and reduced-price lunch (the common measure of poverty, spend less per student, about $2,000 on average) — than districts with the fewest poor students. By this measure, the distribution of school funding in New Hampshire is the most regressive of the six New England states. Spending per student is generally lower in districts where property values are relatively low and property tax rates are relatively than in those where values and rates relatively higher.

AIR measured student achievement or outcomes using assessment scores, graduation rates, attendance figures and an aggregate of all three as well as a national index intended to apply to school districts across the country.

Poverty is measured by the number of students eligible for free and reduced price lunch. Where it is highest, achievement is lowest. “The negative relationship between poverty and outcomes is very strong,” according to the report. Likewise, student performance is lower in districts with relatively greater number of special education students and English language learners.

To overcome the inequities, AIR offered a model formula for distributing state aid to fund an adequate education in every district.

The weighted formula starts from a base cost of $5,974 per student, including transportation costs. Students eligible for free and reduced priced lunch, special education services and learning English language would be weighted by factors of 1.51, 4.26 and 0.99 respectively. Other weights would apply to the size of the school, decreasing with increasing enrollment. And middle school students would be weighted more than high school students.

Using the model’s weighted formula, the simulated funding for each district would range between $12,000 and $25,000. Districts with the greatest needs, measured by the number of students with meager means, special needs and language learning, would receive more funding while those with fewer needs would receive less.

Of course, there would be nothing to stop districts where state aid would be reduced from raising local property taxes to offset the shortfall.

AIR is scheduled to present a second report about how much money will be required to fulfill the state’s obligation to fund the cost of an adequate education in every school district when the fiscal policy work group of the commission meets on Monday. Aug. 17.

The full report can be found here.