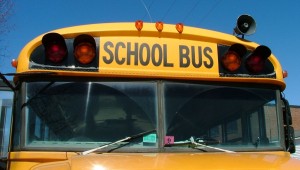 Last year, there were just 17 students enrolled at Waterville Valley Elementary School. This year, the number has nearly tripled, an increase driven largely by students who have moved to the area since the start of 2020. During that time, the town’s population has increased roughly 25%, to 559 full-residents, said Town Manager Mark Decoteau.

Waterville Valley is a particularly dramatic example, but far from alone. Now that the pandemic has opened up opportunities for many people to live, work and learn remotely, some are taking advantage of that by nestling away in secluded corners of New Hampshire where Covid-19 activity is nowhere near as severe as that of the larger cities. Realtors in some sections of the state are seeing more interest from out-of-state buyers, and school districts in the more mountainous areas where second-home ownership is more common are now seeing new students enroll.

The reason, said Conway Town Manager Thomas Holmes, is “they want out of the cities, and they want a place to go to – head for the hills, as they say – in case we have another surge or pandemic issues down in the metropolitan areas.”

There have been a lot of people in town who own second-home properties who have suddenly transferred their out-of-state license plates to local plates and decided to become full-time residents, he said.

In Mount Washington Valley, School Administrative Unit 9, Superintendent Kevin Richard has welcomed roughly 25 new students. While Richard is used to students coming and going, he said there’s a clear trend related to the pandemic this year.

“We do have that transient population both moving in or out, but these are the anomaly. I would say these 25, where their conditions are a little bit easier to recognize that it’s related to Covid-19,” Richard said.

Six or seven students in the middle school have enrolled because their families are now living full-time in their second homes.

“Normally they wouldn’t be in school. They have a home school someplace else,” Richard said.

“A lot of these folks typically would be working in the cities all week long, and they come up on the weekends, but now with a big push to remote work, people feel like, ‘Well, I guess we can live and work up here and make it work,’” he said.

In addition to increased enrollment and license plate transfers, there have been fewer short-term rentals in Conway, Holmes said. Right now there are about 500 Airbnb-type properties in the town, down from 800 in 2019.

“A lot of these things were taken off the short-term rental market due to the pandemic and maybe some people want to keep them open to be able to run to or actually move to,” he said, noting that he doesn’t personally know anyone who’s done that, but the drop in the number of short-term rentals has been significant.

Not all popular second-home areas of New Hampshire are seeing this sort of influx in new student enrollments. School officials in Laconia, Moultonborough and Alton said they have not seen a significant increase in enrollment.

Richards said that the hot real estate market in Conway can make it difficult for young teachers to find housing.

Waterville Valley school officials did not respond to questions about the enrollment spike, but Decoteau said he knows the school has had to hire additional staff members and that the schools’ materials budget has had to increase due to having more students.

The school system’s budget was set back in March for the school year, before the district was expecting an uptick in enrollment.

“They were talking at the school district meeting in March, on March 9, that they were expecting around 20 students for the school year, and their budget was based on that number,” Decoteau said.

“When considering how local school districts are funded, with more than 70% of the funding coming in one form or another from local property tax revenue, that means that adding additional students does have the potential to put upward pressure on local property taxes depending on what happens with the property tax base,” he said.

If the property tax base – the pool of taxable property –

also grows, then that is not necessarily an upward pressure on property tax rates or the amount collected per person, he noted. However, that’s not happening as people move into existing homes in towns like Conway.

Bruce Kneuer, municipal bureau supervisor at the New Hampshire Department of Revenue Administration, said that having more students could require more taxes in the next budget cycle.

“The following year, the tax rate itself would probably be impacted,” he said.

Decoteau said that increased enrollment won’t have any immediate impact on the 2020 tax rate in Waterville Valley, which has among the lowest property tax rates in New Hampshire. Decoteau said costs will be reflected in the tax rate in 2021.

“It’s going to be interesting and important for us to see how many stay and what that impact is going to be long-term on the town and our schools,” he said. “How many of the students are actually here in school year 21-22?”