Amid pandemic, ‘sales are off the chart,’ say dealers 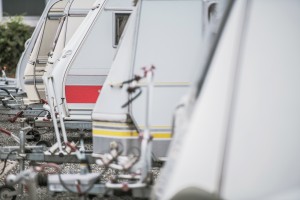 When recreational vehicle manufacturers closed plants in March and April because of coronavirus, it appeared the industry was headed for one of its worst years on record But a month later, plants began operating and to the surprise of everyone, consumer demand went through the roof.

Sales “are off the chart,”, said Robert Zagami, executive director of the New England RV Dealers Association – which represents about 35 dealers in the region. “No one forecasted it; no one predicted it.”

The dramatic increase in demand appears to be a direct result of the Covid-19 pandemic. Orders requiring social distancing to prevent the spread of coronavirus and the closure of many favorite vacations areas forced people to search for alternatives. As the number of coronavirus cases increase many people simply do not want to risk a cruise, plane ride or trip to an amusement park, Zagami said.

“They don’t want to be in that environment.”

Now, with the case numbers increasing again in Florida, California, Arizona and other states, RV demand continues to be strong.

Recreational vehicles, Zagami said, provide the ideal vacation setting where travel is safe, the outdoors are accessible and social distancing in campgrounds or RV parks is a given with sites 20 feet or more apart.

What is surprising to those who study trends in the recreational vehicle market are the number of new buyers.

Zagami said his members report half of their new sales are to first-time buyers, people who have never gone camping before.

“In the last three months, we have sold to more first-time buyers than we did in the last five years combined,” Panzino said.

There has also been a change in the type of buyers. Years ago, a young couple might buy an inexpensive pop-up trailer, and as their family grew would gradually trade up to something bigger until retirement when they could buy a motorhome.

“Those rules are off the table now,” Zagami said. “I have seen first-timers spend $400,000 on a motorhome and a retired couple buy a small trailer.”

At Airstream of Nashua, sales consultant and store manager John Terescik said inventory has been cleaned out. March was somewhat normal as people got ready for the season, but by mid-April the “floodgates opened,” he said.

“People were buying from us around the country, wire-transferring money. We sold more in six weeks than what we usually sell in three months,” Terescik said. He added that, nationwide, Airstream had May 2020 was its biggest month in sales since its founding in 1931.

The impact of Covid-19 can be seen in the number of recreational vehicles shipped this year nationally.

“While numbers compared to last May show a 30% decrease, the reality is the RV industry is very strong right now,” RV Industry Association President Craig Kirby said in a statement.

Kirby noted the many RV dealers around the U.S. reported record sales when their showrooms reopened.

At Cold Springs RV, Panzino said they nearly doubled their sales from May and June last year.

Zagami said a lot of people are paying cash and some are buying online “sight, unseen,” so they don’t miss out.

A retired couple who bought an Airstream was typical of the new type of buyer, he said.

“Every year they went on a river cruise in Europe, but this year invested $12,000 in an Airstream,” Terescik said.

With a strong economy, the year for RV sales started off on a positive note. Zagami said, and dealers stocked up on inventory following the annual RV show in January in Boston. That helped them weather the plant shutdowns and meet demand.

But now dealers are having trouble replacing stock. “The plants are running three shifts,” Zagami said.

With so many more RVs on the road, finding a place to stay if you have not made a reservation could be a challenge.

“We are being stretched. Reservations are encouraged,” Zagami said.

Some places, including Walmart, let recreational vehicles stay overnight in the parking lot. Another option is a Harvest Host membership, which provides free RV camping at over 1,000 wineries, breweries, distilleries, farms, museums and other locations around the country. There are roughly 1,100 Harvest Host locations.

The pandemic caused the demand for RVs to skyrocket, but Zagami does not believe sales will slide when the threat of the virus ends.

“We expect the trend to continue,” he said. “With that many more RV owners, they will tell their friends and others.”