To ‘enhance our efficiencies and effectiveness’ 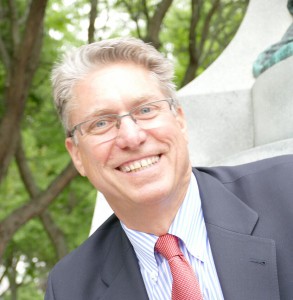 The Richie McFarland Children’s Center, the Stratham-based children’s charitable center, is being merged into Waypoint in yet another consolidation of New Hampshire nonprofit agencies.

Both the McFarland Center and Manchester-based Waypoint, the oldest children’s charitable organization in New Hampshire (it was founded in 1850 as the Manchester City Missionary Society), offer services on the Seacoast, although Waypoint has a wider range of programs and family resource centers throughout the state.

“This merger will enhance our efficiencies and effectiveness and will build our capacity for serving children and their families throughout our communities,” said Waypoint CEO Borja Alvarez de Toledo. “The long and short of it is we believe in the power of partnership and know there is great success in collaboration.

RMCC’s executive director for the last 24 years, Peggy Small-Porter, says she has long considered the benefits of a merger, and the choice of Waypoint followed nearly two years of research with members of the MacFarland Center’s board of directors.

“We serve the same population, share the same high standards of practice, and have deep respect for one another’s teams,” said Small-Porter. “We also share the desire to do more for the families we serve.”

She added that the organizations agree that a merger supports a holistic approach to helping families.

“Early intervention for any child is most successful when therapies are individualized around each family’s specific priorities and needs,” said Small-Porter. “The merger streamlines access to Waypoint programs that can directly reduce outside stressors and enable parents and caregivers to focus greater attention on their child’s needs.”

After the merger, early intervention services will continue to be housed at Richie McFarland Center on Sandy Point Road in Stratham, as a program of Waypoint, continuing under the Richie MacFarland name. Moving forward, other Waypoint services will be available under the same roof.

“It really is a win-win situation,” says Small-Porter. “We can be, and will be, better together.”