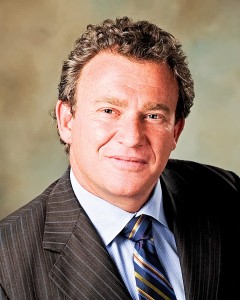 Kevin Gersh, CEO and owner of Gersh Autism, is planning to take over providing services at Crotched Mountain Rehabilitation Center in Greenfield, NH, later this fall.

Change can be difficult, even problematic, for people with Autism spectrum disorder, which affects sensory input and an individual’s reaction to it. And there will be change at Crotched Mountain Rehabilitation Center in Greenfield beginning Nov. 1, if Gersh Autism, a for-profit company, succeeds in taking over full programming and financial responsibility at the previously nonprofit facility.

That program offers several levels of support in New York City for young adults in post-secondary education hoping to become fully independent, he said. “Our philosophy is we don’t ask children to change who they are for the classroom structure,” Gersh states on the organization’s website. “We change for them.”

Gersh Autism also has plans for an ambitious “autism community campus” in Sugar Grove, W. Va., set in the Blue Ridge Mountains. The 122-acre site would provide a full range of residential support for folks with autism spectrum disorder from junior high school to adults.

With the acquisition of Crotched Mountain, Gersh will be operating eight schools in the United States, with three each in New York state and Puerto Rico. It also has a school in Issaquah, Wash. Gersh Autism has also provided in-home support with behavior technicians for about 30 families.

“Trust is Crotched Mountain’s greatest challenge,” Crotched Mountain CEO New Olney said. “We’ve developed a level of trust over 70 years. Within two months, we’ve had to tell everyone we’re closing and now that services are continuing.”

Gersh, however, faces a lawsuit brought by his sisters, who accuse him of defrauding them and using that money to fund his company’s growth.

The sisters claim in a federal civil lawsuit that their brother has also used that money to support a lavish lifestyle, including a multimillion-dollar home in Park City, Utah.

“Kevin’s expansion of his core business of learning centers for children on the autism spectrum has expanded across the United States and Puerto Rico at a rate and level which would not have been possible without the use of the embezzled money,” the complaint states, according to New Hampshire Public Radio.

Gersh denies the allegations and told NHPR that the lawsuit has no merit and that his “sisters have never worked, and they are unemployed, and they are looking for a payday.”

Meanwhile, Olney said the transition to Gersh “is moving forward. Families have been working together with area agencies and districts. Some parents are thrilled to have the stability, but we keep hearing the questions ‘Who is Gersh Autism and will we have the same level of support?’ ”

Gersh and Crotched Mountain both have focus on the outdoors as vital to education and self-fulfillment.

Crotched Mountain has a nationally known fully accessible hiking trail, an organic farm and maple-sugaring facilities. Crotched Mountain Accessible Recreation and Sports, affiliated with the campus, offers adaptive outdoor experiences to all in the community, including skiing, snowboarding, kayaking, cycling and hiking.

Meanwhile, Gersh Academy expanded and rebuilt the New York Equestrian Center in West Hempstead, N.Y., close to the organization’s headquarters, and made it accessible and user-friendly for students with autism spectrum disorder.

Gersh has said he has plans to move with his family to New Hampshire and is still searching for a residence.