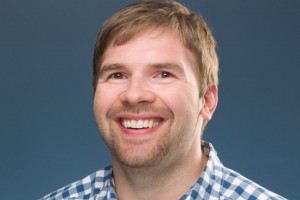 Zoom Telephonics, a Boston-based maker of networking equipment, is exploring a possible merger with the New Hampshire startup launched by Jeremy Hitchcock, founder of Dyn.

The Boston Business Journal reported that Zoom, a publicly held company, said in a Securities and Exchange Commission filing that it entered into an exclusivity agreement with Hitchcock’s Minim Inc., a three-year-old startup, regarding a possible business combination. The agreement states that the companies will not pursue any outside mergers until after Oct. 8.

The agreement between Zoom Telephonics and Minim, signed on Sept. 26, can be extended beyond its current deadline for 14 days, the Business Journal reported.

In an email, Jeremy Hitchcock, founder and executive chairman of Minim, declined to comment about the deal. According to another public filing dated Sept. 30, Hitchcock is not participating in the discussions between Zoom Telephonics and Minim regarding the possible transaction.

Zoom Telephonics did not immediately respond to a request for comment. But, when contacted for comment on the possible merger, Kelly Crowley-McInnis, a former director of human resources at Zoom Telephonics, told the Business Journal that her position and a handful of other senior roles at the company were eliminated in advance of the potential merger with Minim.

Minim was launched in 2017, developing a Wi-Fi and Internet-of-Things security platform that identifies unusual behavior while monitoring from connected home devices.