Just as the number of home sales are declining in New Hampshire so too are rent increases, at least in Manchester.

According to a new report from Apartment List, Manchester rents rose a modest 0.3 percent in August. But while they are up by 5.4 percent over the year, the annual rise between August 2020 and August 2021 was 27 percent – and they are up a whopping 41.7 percent since the start of the pandemic in March 2020, according to Apartment List, an online apartment marketplace. 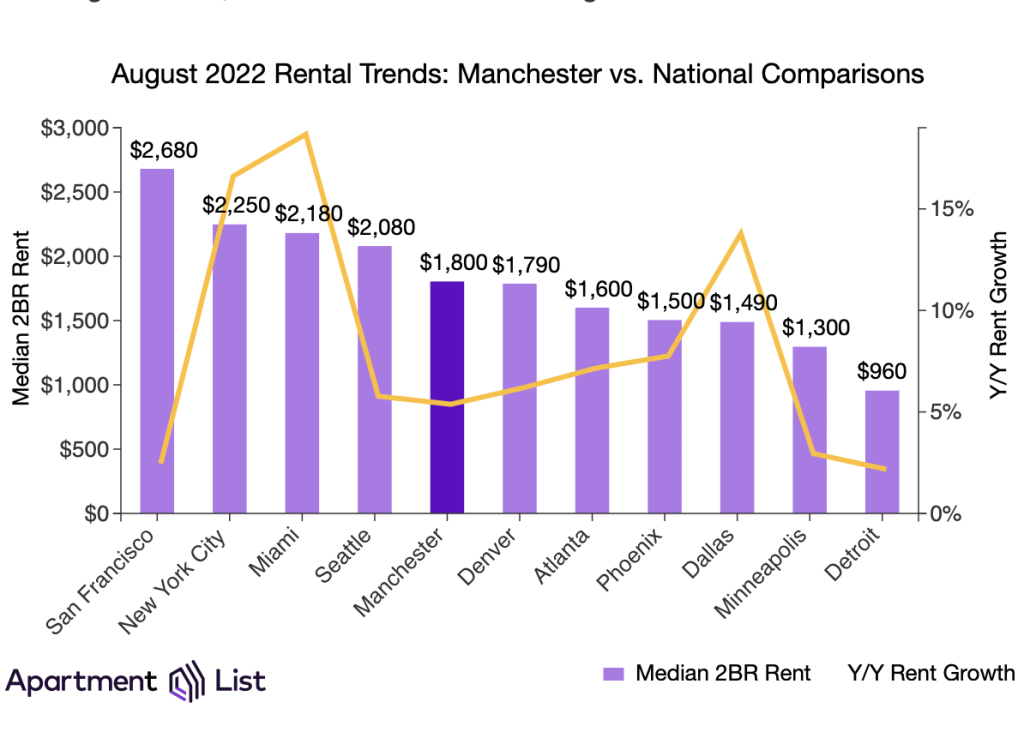 But rising rents still nag the entire state – in fact, the average rent has increased by 8.6 percent statewide over the last year, significantly higher than the increase in Manchester. Nationwide, rents have grown by 10 percent over the past year.

While Manchester’s rents rose significantly over the past year, many cities nationwide also saw increases, including Miami (+18.7 percent) New York City (+16.6 percent), and Dallas (+13.8 percent). Still, renters will generally find higher rents in Manchester than most large cities. For example, Detroit has a median two-bedroom rent of $955; in Manchester it’s more than one-and-a-half times that price.