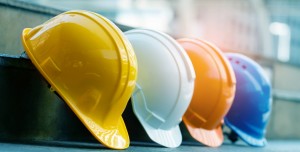 New Hampshire was the second-safest state for workers in America in 2019, according to a report released by the AFL-CIO.

The report, which is based on data from the federal Bureau of Labor Statistics, found that 11 New Hampshire workers were killed on the job in 2019 and there were 1.5 deaths due to on-the-job injuries per hundred thousand workers in New Hampshire in 2019.

The report, titled “Death on the Job: The Toll of Neglect,” marks the 30th year the AFL-CIO has produced its findings on the state of safety and health protections for workers in the U.S.

Nationally, the most dangerous industries for workers, according to the report were:

In addition, the report points out, workers 65 or older have nearly three times the risk of dying on the job than all workers, with a fatality rate of 9.4 per 100,000 workers in 2019.

Amtrak faults CSX acquisition of Pan Am as ‘a significant threat'

Does systemic racism exist in NH?