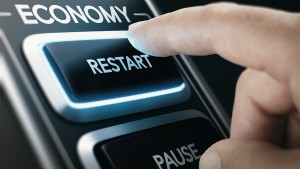 New Hampshire may join Vermont and Maine in effectively banning out-of-state lodging guests, Seacoast town beaches may open up with half-parking, daycare workers may not have to wear masks all the time and the current guidance for cosmetologists could expand to a wide range of services, including facials, tanning, massage and possibly tattoos.

All this might be decided Friday, as the state’s effort to open as quickly as possible under the constraints of public health.

The state’s Economic Reopening Task Force is planning to make some key votes on Friday, and the governor plans on making an announcement concerning reopening at his 3 p.m. press conference, DJ Bettencourt, the governor’s point person on the task force said at the task force’s Thursday meeting.

The task force also delved into whether to allow movie theaters, bowling alleys, driver’s education classes and larger foot races (like marathons). Next week it plans to take up charitable gaming.

The task force voted on Thursday to approve a regional beach plan, after some towns raised objections to the previously passed guidance to open up Hampton Beach. The recommendation, however, came without a date, and as of Thursday, the governor had not set one.

The new plan for the Seacoast bans public parking along Routes 1A and 1B, and limits parking on all parking lots to 50%. All beaches would be open to only transitory activity, which includes walking, swimming and boating, but not sitting on the beach or congregating in groups of more than 10.

The task force had asked for lodging and hotels to be open on Friday – at 50% occupancy for large hotels with indoor room access – but Governor Sununu asked representatives of the industry to look at the guidelines of Vermont and Maine, both of are allowing their hotels to open this weekend.

On Thursday, Mike Somers, president and CEO of the New Hampshire Lodging and Restaurant Association, said that the guidelines were similar to New Hampshire’s, except that both neighboring states imposed a two-week quarantine on out-of-state guests. So he said he would propose to amend New Hampshire’s guidelines to include a similar restriction. Bettencourt scheduled a tentative vote on that for Friday.

Also on Thursday, the task force heard from Lindsey B. Courtney, interim executive director of the New Hampshire Office of Professional Licensing and Certification, on a plan to greatly expand previous guidance that focused on barbershops and hair salons, limiting them to providing haircuts and color touch-ups.

The new plan would allow the full range of services and will also cover tanning, facials and massages, but the visits must be limited it to an hour, though Courtney said that if there were “flexibility” with the Department of Health and Human Services, she would like to see it go beyond that.

The task force also went over separate guidance for body artists, but there would be an attempt to merge the two documents before voting on it Friday. Tattoos wouldn’t have a one-hour limit, but appointments would be spaced a half hour apart to allow for sanitizing.

Bettencourt did not say if the governor planned on acting on any of the above on Friday, but he did mention another issue: whether daycare providers should wear face masks.

The task force made masks optional. The state Division of Public Health had suggested that it be mandatory, and at a press conference on Wednesday, Sununu said that he wanted to relook at that issue.

On Wednesday, the task force also heard presentations from movie theaters, though Patrick Collins of Zyacorp Inc., the Bedford-based parent company of the Cinemagic chain, which has theaters in Merrimack, Hooksett and Portsmouth.

“We think that there will be critical mass with enough theaters and enough seats, that Hollywood would bring some major new debuts commencing on July 1,” he said.

The theater, one of the few chains that has assigned seating, will be able to adjust its software to ensure the necessary social distancing while watching movies, he said. There will be a concession on concessions – only half of them will be open, and spots marked to keep people six feet apart while they lined up for popcorn.