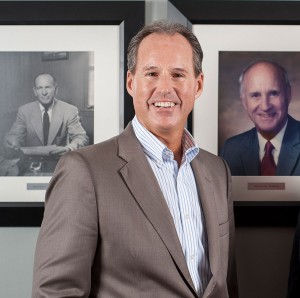 For many years, the late Mark Stebbins and his wife Sally have given what can only be characterized as extraordinary gifts to the community.

This column often has noted the passing of significant New Hampshire citizens, usually after long lives of accomplishment. While sad, they usually come in the regular order of things. When such losses occur out of order, it is more shocking and disruptive. The recent death of businessman and philanthropist Mark Stebbins was one of these.

A major developer and head of Procon Inc., Mark Stebbins assumed leadership of the family business after graduation from Dartmouth and initial employment in financial services. He was a Manchester native, son and grandson of builders Blanchard Stebbins and Herbert Stebbins – fixtures in the Manchester community and contributors on their own to many of the charities and institutions of the Queen City.

Blanchard Stebbins Inc. was a union contractor that built many of the houses in the North End and elsewhere in the Manchester area, including the one owned by this writer. After World War II, it created the non-union contractor, Procon Inc., which continued the business of quality construction, headed by Herb Stebbins.

When Mark Stebbins took over the company, Procon was a moderately sized, successful company. He transformed it into a major architectural design/build firm that undertook large projects, ultimately becoming the state’s largest such company. The company’s headquarters was moved to Hooksett, where it occupies a campus on Route 3.

Mark Stebbins branched out into hotels, after the company constructed a number of them for others, becoming managing partner of XSS Hotels, which owns hotels in Portsmouth and the Upper Valley as well as elsewhere across the country. The firm was recently in the news in connection with a major legal victory over its insurers, which had denied it “business interruption” coverage on account of the Covid-19 pandemic. The court sided with XSS in a victory reportedly worth $100 million.

Business success is noteworthy, and Mark Stebbins’ untimely death at age 67, on June 17 would rate notice on that basis alone. However, it was the statesmanship that Mark and his wife Sally demonstrated in the last decade or so that makes their example and his passing so significant.

Some years ago, appreciating their success and wishing to give back, they began a series of what can only be characterized as extraordinary gifts to the community.

In no particular order, the gifts included support of Easterseals New Hampshire’s capital campaign with a gift honoring longtime Procon executive John Samenfeld on his retirement, their support of the Boys & Girls Club’s Camp Foster, Waypoint and many other charities, The support was significant, often seven-figure gifts.

More significant was the way the Stebbins’ gifts challenged the organizations to think more creatively about what they were doing with the money, how the facilities would be used, or how to leverage the gifts to attract additional funds.

One effort showing this creativity, was their embracing the “The Leader in Me” program that started at Manchester’s Gossler Park School and, with the aid of the Granite United Way and the Stebbins’ participation, spread to the entire West Side of Manchester, whose students do not enjoy the advantages Stebbins had as a child.

These efforts happened right up to Mark Stebbins’ death, and undoubtedly will continue. However, his untimely death should be noted with not only sorrow, but with thanks by the entire community that benefited from his sharing of success. He did not have to do it. That is the point, and that is his legacy.

An entirely different kind of loss, less personal and certainly less tragic, was the end of Laura Knoy’s 25-year run as host of “The Exchange” on New Hampshire Public Radio.

Every morning at 9, and again in the evening, the program highlighted the large and small issues of the state, its politics, culture, environment and evolution.

Knoy, a native of the state, returned here after working for NPR in Washington, and, by her own admission, talked the station head into allowing her to have her own show, with pretty much her own vision.

Knoy’s style was reminiscent of NPR’s Diane Rehm’s quiet, respectful approach of asking questions and allowing guests to respond fully and without interruption. Polite but firm follow-up questions kept guests from “spinning” the conversation, no matter how much they tried.

In her final interview, as a guest on the program the Monday after her final show, Knoy recalled all the presidential candidates she had interviewed over the years, picking out John McCain and John Kasich as two who seemed to love the interplay and discussion.

Knoy should be thanked for her decades of service to civil discourse and the education of the people of New Hampshire about issues of the day. Especially helpful in the last few years was the “Weekly News Roundup.” After similar programs disappeared from other outlets, it remained the primary source of news summary each week.

Speaking on the “News Roundup” the day after Laura’s last show, NHPR President Jim Schachter, himself a veteran newsman, had a hard time explaining the cancellation of “The Exchange,” and especially the “News Roundup,” blaming it on cost, time of day, and other reasons that fell flat to this rather busy but regular listener. It is a shame that NHPR’s primary contribution to local news for many people will disappear. Perhaps this is a chance for NHPR, NHPBS and maybe the Granite State News Collaborative to team up to rescue the “News Round-Up” or something similar. The state needs it.

Brad Cook is a Manchester attorney. The views expressed in this column are his own. He can be reached at bradfordcook01@gmail.com.